Why Should You Use Ipv6 Content Delivery Network For Your Business? 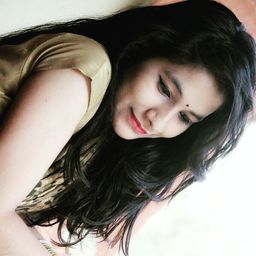 Before starting about what IPv6 basically is, let us give you a brief detail about how content delivery networks usually work.

CDN is a globally distributed network of servers, which mostly functions together, for the sake of extending the speed of content delivery over the internet.

Internet protocol is a method through which one can easily send data from one computer to another over the internet, and till date, there are two versions of internet protocol available. IPv4 and IPv6.

IPv6 is the recently revised version of the Internet Protocol.

As IPv4 is now not able to provide the number of IP addresses required, thus IPv6 would be a much better option and also a safer one for your business,

And here are some of the reasons why one should use  IPv6 CDN for their business and can get it from BelugaCDN.

IPv6, as mentioned earlier, is the latest internet protocol which is designed specifically to replace IPv4. IPv4 has the network shortage of addresses because of which the need for more addresses aroused. Now with IPv6, the addresses are 128 bits that are 16 bytes long, and it is also one of the significant differences in the number of available IP addresses between IPv4 and IPv6.

IPv4 had 4.2 billion addresses available. But as everything is connected over the internet nowadays, the need for more and more IP address came out. Thus, with IPv6 there are 2 to the power of 128, because of which the available number of addresses will be quite more.

As all the devices have to be connected online like, any household appliances, cars, IoT devices, and even a growing number of mobile phones, The requirement of  IP addresses is now more than ever.

The best part about IPv6 is that the leading zeros can be truncated as IPv6 addresses can be written in compressed or uncompressed and also in fully uncompressed modes.

The adoption rate for IPv6 is growing tremendously and moreover, it is expected that it will continue to grow more quickly over the next few years.

Google's IPv6 adoption graph clearly shows an uprise in the adoption rate of this protocol. And the percentage of Google users who are accessing Google over IPv6 is almost  25% as of November 2018.

IPv6 just doesn't limit itself for the number of addresses, but even there are various additional benefits of IPv6's success, some of them are:-

Through IPv6 one can experience more efficient and simplified routing, and it's also considered as one of the major reasons behind the growth. Better multicast routing is also possible with this internet protocol.

Secondly, IPv6 allows auto-configuration because of which the ability to manage becomes quite easier. Which results in no need of DHCP.

Also one can experience better transparency, for every device

The best part about IPv6 is there will be no more duplicate IP addresses, thus making everything more secure and transparent to the users.

Even IPSEC is built into IPv6.

The header formats are more simplified than ever and even with IPv6, the delivery of contents is very fast.

The "True quality of service (QoS)", also popularly called as "flow labelling" can be experienced in IPv6.

Built-in authentication is one of the amazing features of IPv6 and even privacy support makes it one of the most efficient protocols.

There are flexible options and extensions available because of which Administration becomes very much easier.

Differences between IPv4 and IPv6:-

As far as the IP address is concerned, there is a large difference in the formatting of IPv6 when it's been compared to IPv4 addresses. A better example for this is  IPv4 address looks similar to 56.157.179.232, but in the case of IPv6 address, the address may resemble fdc5:7a8b:5908::/42. So, while writing any IPv6 address one can even omit the leading zeros.

Transitioning From IPv4 to IPv6.

The transition from IPv4 to IPv6 may take some time. Although many services have already adopted and implemented IPv6 support, and also some are in the process of adopting the same.

But with the increasing availability of so many devices and services online,  the completion of this process will obviously require more patience and time. However, with the help of multiple transition mechanisms, one can even simultaneously operate both the protocols to ensure a slow and smooth transition between IPv6 and IPv4.