Can Firing A Bullet In Air Is Dangerous?? 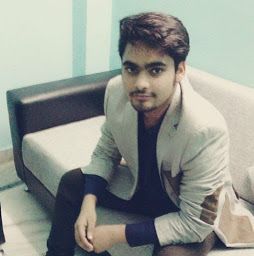 We all watch in parade that the soldiers flaunt their gun and fire in air but someday I was thinking that what if these bullets hit someone coming back on ground from air then how much damage cause and who will be responsible?

Well when someone fires bullet in correct vertical direction then after attaining its maximum height bullet will falls down and it is called free fall. When bullet free falls then air resistance act on it straightly and when the gravity and air resistance become just same then bullet comes down with its maximum speed. Now imagine bullet coming down with its maximum speed and then it hits your head then what happen? Would the bullet bounce back or just you bounce back to heaven.

If we fires a bullet exact vertically from 30 mm caliber rifle then the maximum speed of bullet in 160km/h and to penetrate human skin the bullet needs 220km/h speed, so don’t worry you don’t get died but there must a mark or some pain on that spot in your head.

But here we are taking about exact vertical firing but that’s not possible to anyone. If there may be a slight distortion than everything changes.

And due to this slight distortion in angle, bullet achieve its ballistic trajectory and it leads to increase the bullet speed and it will between 160km/h to 320km/h and its dangerous for us as you know to penetrate skin the threshold is just 220km/h. It is also depend on weather condition, as you may fire the bullet exact vertically but due to air your bullet get deviates to 300m to 400m. There are many cases in which the victim dies by bullet coming out from nowhere. On New Year, marriages, and celebrating victory people fires bullet and this can end someone’s life. And there is very less chance that victim get justice because who knows that where the bullet comes from and even if the firer get caught then he/she don’t get harsh punishment because it was not intentionally. These stupid people don’t know that your fun can kill someone innocent. Government should cancel their gun license. If you have any kind of habit of firing then please participate in some competition, don't take risk of anyone's life.