Why Our Childhood Cartoons Were The Best 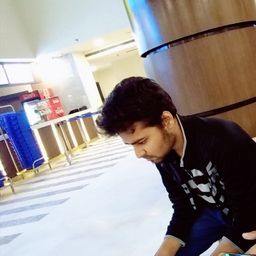 If you can relate to this then you're probably one of the 90s squad who luckily got to born in the rightest generation of all time.

There's a part of a kid in all of us and let's admit it no matter how much we grow,we would never back down from watching a funny and entertaining series of cartoon,in the hope of finding once again that missing innocent smile which once used to be on our face years ago every evening watching our fav shows.

Here I'll go through a list of the most popular and viewed shows that once aired and ruled our childhood.

So I thought I should start off the list with the most popular and loved mischievous team of animals we worshipped in our childhood.Tom never seemed to give up on catching Jerry and neither Jerry ever failed at outsmarting Tom everytime.

They were the best of foes but also the best of friends at the same time.
Their bond was one,the kind of which we only share with our most loved ones.
Can you think about someone with whom you often and often fight but they're also the one you miss when you're alone ?

Guess you're Jerry in someone's life.

Now a few may remember that blue octopus guy but the ones who do would remember one thing about him,he was the nicest and sincerest octopus you'd ever come across in your life ! The decent Oswald taught us kids to be good to others for no reason.He taught us one thing,to be the bestest friend to your gang and let them have the privilege of having the nicest friend in their call log whenever they're in need.

Now this one's not a vintage like the previous ones in the list but Benjamin Tennyson was one of the earliest superheroes our generation had the opportunity to ship and shower with love before the Franchies of MCU and DC came to rise. Ben was a normal boy before he ever got the Omnitrix and one thing he taught us constantly throughout the show is that you don't need a magical watch to be a hero.You just have to do what feels right and the courage of doing it,makes you the hero itself.

So this article will be continued with some upcoming volumes and if you would want to read about some of your favorite nostalgic characters and cartoons,do mention below so we could give them the limelight they deserve !

Obituary Of The Toms - By Friendly Neighbourhood Cucumbers