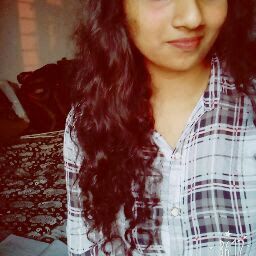 The vast field of software development has a number of processes to actually create and maintain a software. They include specifying, designing, programming, documenting, testing and bug fixing. When someone is at the threshold of this world of languages that look like hieroglyphics to normal people, naturally you can be confused. It is also difficult to choose which programming language to start with. This article will help you glance through the top seven programming languages.

A programming language is defined as a formal language which comprises a set of instructions. It is known that these instructions are used to produce various kinds of output. Programs that implement specific algorithms are created using programming languages. These are high level languages. This means that they are nearly human languages which are complex than machine language (computer understandable language). Between high level language and machine language, exists assembly language. It is also known as symbolic language code, and it is computer architecture specific.

When you select a programming language to learn, you have to watch the tech trend. The best options to start with are detailed below:

2. Python: Python is known for being user-friendly. Python syntax is clear, intuitive and almost similar to English language. It’s ‘object based subset’ is also similar to JavaScript.. It also has a variety of applications that makes it both versatile and powerful.

3. Java : this undoubtedly has been the ruling programming language for the last 20 years. It is 90% object-oriented. It is also simpler than C++ since it uses automatic memory allocation and garbage collection. In addition to this, it is highly cross-platform compatible or platform independent. Java form the base for Android operating system.

4. C/CPP:It was introduced in the 1970s and has made a strong influence in the world of programming. C has been the parent language of many others. Some of them are either derived from C or inspired by its syntax, constructs, and paradigms. This includes Java, Objective-C, and C#.

5. PHP : It was created with just one purpose and it was to maintain Personal Home Page for Rasmus. PHP stands for Hypertext Preprocessor. It is a scripting language which runs on a server. PHP is used to create Web pages using HTML. Even though it downgrades the website performance and affects the loading time, it is pretty popular. This is because it is easy to set up, free and relatively easier to use

6. Swift : It is a general-purpose, open-source, compiled programming language developed by Apple Inc. Python has a very good influence on Swift. It is user-friendly, faster and very secure. One con is it is not very stable.

7. C# (C-sharp) : Developed by Microsoft as a rival to Java, but a very powerful and object-oriented programming language. Spotting errors in C# is relatively easier. It is considered perfect to create Web applications and desktop applications. It is also good enough to use VR, 2D,3D and gaming.

While these are the best options to be considered, it depends on how you want to grow as a software developer. You have to choose one of these depending on that factor.

R Vs Python, Which One Is Better For Future?