Today's Youth Is Wiser And Smarter 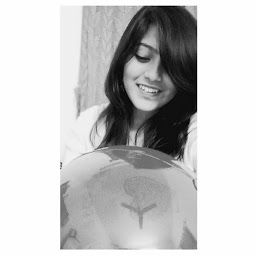 Old, bald heads, forgetful of their sins, will perish and the young will take over the world. Though never prophesied before, that is becoming more and more a truism in this ever-expanding, a consumerized global village we call our world.

In the public sphere, predominantly in areas of culture and sports and in the private sphere including the domestic sector of family and private peer groups, we come across increasingly self-assertive and confident youngsters. Teenage, ready to catch the sun. Self-conscious of their rights, outspoken enough to claim them and ‘breaking’ social and cultural taboos about love, sex, friendship, and many other sensitive issues. This is a sea change from the picture of the earlier generation where the young with dream-laden heads were too timid, too confused and reluctant to stake a claim or make any change in the society. They merely obeyed and did what they were told to do and never questioned anything.

If you look at the cultural scenario, more and more teenagers are forming rock groups, music video shows, and televised debates. Teenagers sensations are creating ripples in the sporting arena. Endowed with the voting rights, youngsters are openly critical of the political juggernaut of the country, though none of them can think of relinquishing the rights to the franchise. Activism if is, undoubtedly; our young generation can only be described adequately and accurately by words like dynamic, mobile and fast. They think with a rational mind and are open towards issues that the older generation still feels uncomfortable to address.

So it is here, that a note of caution, a shade of disappointment creeps in. Groomed on the vulgar values of a decadent western culture, our youngsters have immersed themselves in a hailstorm of masks, superficial glitz and hype. They are more of a show than substance. They live in a world where social media and glamour are everything. Traditional values are put aside and everything is done to suit the western standards of living. In a world of Reebok, cake, Nike and premium whiskey, a quiet erosion of moral and spiritual values has afflicted and early crippled the teenagers.

Where everything is lit and sparkling, the inner case of our society seems empty and dark. In a world where “things fall apart and center cannot hold”, our younger generation uses their sense of judgment and slow down, pause and look deeply and closely not only inwards to themselves put to their own vulnerable culture.

We Have A Voice And We Want To Be Heard