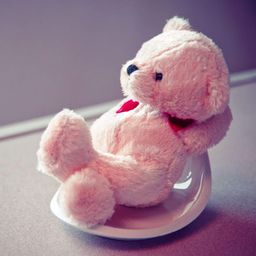 Digitalizing financial transactions has so far been the best revolution that the economic world came across. To imagine a cashless world, where E-Wallets and Crypto-Currencies rule over the business finances around us. Cool! isn't it? But even at the peaks of technological development, the dangers of falling lingers around. Most of the time, sending money is risky. If you want to pay your rent or invest in the stock market or even send somebody Rs10 for a snack bar in a phone app, there isn't a lot to stop a hacker from taking that money for himself. To say the other side of the coin does exist.(always).

Talking about it, let us take another step into the technology that runs behind every digital transaction.

To begin with, let me consider e-wallets (like PayTM or PayPal). They work on the basic principle of virtualization of fiat money i.e. 'Virtual Currency'. Virtual Currency is “a type of unregulated, digital money, which is issued and usually controlled by its developers, and used and accepted among the members of a specific virtual community.” For example, PayTM is developer which issues and controls digital money and we as users of PayTM, become the members of it's virtual community. Here every transaction that you make runs through a centralized regulatory institutional authority.But the disadvantages of such centralized services such as PayTM and PayPal and their current business models are painfully obvious.

First, the use of fiat currency in online transactions leaves the service vulnerable to the inflationary tendencies that are inevitable with such currency.

Second,the clearing of transactions is subject to heavy regulatory scrutiny, making it difficult to use, for some customers.

Third, the entire burden of transaction validation and record-keeping, along with KYC implementation, falls upon the single authority as it is the sole centralized service provider.

Hence, there isn't a lot to stop a hacker from taking the money under transaction, for himself. All it takes is a weak link in that centralized institution's security to leave your finances and personal information up for grabs.

Yet, in a smoother transition with constant development brought about in this field, the rise of the crypto-economy, riding on the back of currency revolutions such as Bitcoin, seems to have spelt a doom for such centralized services such as PayTM and PayPal, which rely on the virtualization of fiat currency in order to sustain their business models.

what is block chain?

At its core, Bitcoin is nothing more than a digital file that lists every transaction that has ever happened in the network in its version of a general ledger called the “block chain.”

Indeed. You can send an Excel spreadsheet to a friend to make changes, but you have to wait until they save their work and send it back before you can make any more changes yourself. That's how banks work right now. One bank locks access to the balance being transferred until the recipient bank confirms they've received it. All that coordination and synchronization takes a lot of time and effort.

On the contrary, if you want to edit a shared Google Sheets spreadsheet, both people have access at the same time and can always see the changes being made. Now just multiply that to many thousands of home computers. Huge right? Well you just realized what a Blockchain ledger is.

It is an open, distributed network of individual computers, or "nodes," that each hold bundles of records known as "blocks." Those blocks are visible everywhere on the network, but they're kept safe using a kind of math called cryptography. Whenever you request a transaction, it's sent over the network where it's visible to all of the computers or 'nodes'. When the Bitcoin network collects all the transactions made during a set period of time (usually every 10 minutes) into a 'block', miners confirm these blocks of transactions and write them into the block chain. Thus making it permanent and unalterable. The fact that all the process is visible to every node makes it virtually impossible to cheat!

There's one more important part to the Blockchain : Mining

Bitcoins are not printed like fiat money, but instead are “mined” using computation in a distributed global network of volunteer software developers.

It takes a lot of computing power to verify a transaction, so other nodes in the network have an incentive to help out. Verifying a transaction involves shuffling through many blocks in the chain, which requires racing with other nodes to solve difficult computing problems. Thus miners compete against each other to solve complex mathematical calculations. When one node beats the others to the solution, it is rewarded with 25 digital coins (Bitcoins). This is how bitcoins are mined.

Owners of the nodes can use those coins in their own transactions, thereby putting more digital currency into circulation. Every four years, this reward is halved so that the total number of Bitcoins will never exceed 21 million.

As the value of Bitcoin and other crypto-currencies continues to skyrocket, more and more entrepreneurs are opening "mines".A big reason to why the blockchain is readily acceptable is because it's democratic. Anyone can pitch in to ensure the network's security — and get some money for the effort.

With the advent of blockchain technology, financial transactions are becoming fast, secure, and difficult to hack. Blockchain is especially a boon to people in less developed areas, where big banks are hard to come by. It can also be used to secure contracts, patents, file storage, Internet of Things devices, and even elections. With trust baked into the transaction instead of money transfer using a middleman, virtually everything could be fairer and more secure.

So this definitely brings us to the point where we can know what will be the probable outcome of this competition between two powerful technological developments in the field of digital transactions. The technology is still new, but its widespread adoption is all but inevitable.