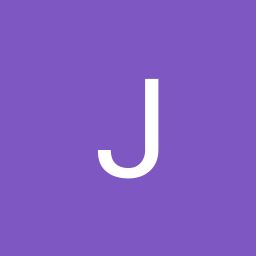 One must always be fascinated by how the universe works. We try to comprehend it, but in vain. We, human beings being highly intellectual simplify the concepts and make it come comprehensible thinking these are the follow-up of our understanding of the universe not realizing the profound meaning it holds. One of the perfect examples is the black hole, a member of the universe not being one, but many. They are scattered all over, beckoning in the space, ready to capture anything that follows it's path, only to ensnare our sense of understanding of laws of physics. Nothing can escape it representing black hole as a super magnet attracting everything towards it. Even light cannot escape it, to even conceptualize it's magnitude is so profound, how challenging it would be to locate or take a photo of it. Well, for the first time, scientists all over the world have experienced the fruits of their success putting forth the first photo of supermassive Black hole taken million of light years away using the event horizon telescope around 10 throughout the planet working as a single network receiver to high frequency radio waves.

What you see below is the image of the black hole at the centre of the gigantic Galaxy about 54 million years away- Messier 87.

This picture consists of the event horizon (restriction between light and dark around the black hole). This is the highest limit of its disobedience (sarcastic).... It doesn't obey the laws of physics as neither time nor space can escape it. The pull of it's gravity is highly incomprehensible. The picture below depicts the M87 Galaxy with the black hole at the center of it.

During the 1 week duration in April 2017, EHT astronomers coming from 4 continents in a unified fashion made great efforts in executing the black hole observations. Their main objective were the 2 black holes at the nucleus of milky way and M87.

As M87 black hole was larger and farther and the one at the core of the milky way was smaller and nearer, tell depiction was merely of the same size when viewed from earth.

The astronomers had to fight the struggle of unfavorable weather and unstable electric grids. Ascending mountain around 3 miles were part of their journey to be free of any hindrance from the Earth's atmosphere. Oxygen tanks came in handy. Difficulty arose at the part of analysing and detection of data, decoding the puzzles and finding the perfect match from millions of them.

Plz do view the rest in my next article

Cosmos Enchants Us All. So Does Its Image.

Continuation Of The Revelation