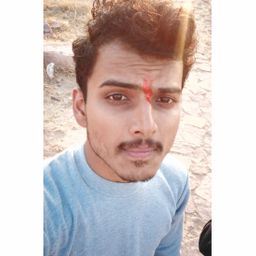 It has been almost 5 months of me buying my Amazon Prime membership and I am not disappointed at all because Prime video has an endless bucket of movies, web series & TV shows. I like watching movies of different genres and lately, these 5 movies were the best of my watchlist.

Diana(Gal Gadot) the princess of Amazons was born as a weapon by Zeus & Hippolyta (Connie Nielsen) to kill the God of War, Ares of which she was unaware. But her destiny was discovered when she fought alongside a spy(Chris Pine) in a war against the Germans to save humanity and unleash her full powers.

The movie depicts the story of a poor family who struggles for their daily meals & job until the son, Ki-woo(Choi Woo Shik) gets a job as an English tutor in a rich family, the Park’s. The movie revolves around the plot where the family fools the Park’s to get a job for each one of them. But the comedy then turns tragic when the secret of the previous caretaker is revealed.

Daniela Rios(Katie Sarife) awakens Annabelle and all the other evil spirits in Warren’s artifact room with the hope to see her dead father. The babysitter(Madison Iseman) and Warrens’ daughter(McKenna Grace) are also then haunted by those evil spirits until all 3 of them contain Annabelle back in the sacred glass.

Carlton Drake(Riz Ahmed), owner of the LIFE foundation finds alien creatures(symbiotes) in space and starts experimenting with the formation of new creatures by merging them with humans. A symbiote, Venom finds Eddy Brock's body suitable and then begins the story of Marvel’s most enigmatic & Anti-Hero character.

Like Superman, Brandon(Jackson Dunn) too landed on earth from another world as a baby and was found by a couple who couldn’t have a child. It was all good until he discovered his powers, the secret of his origin and the reason he was sent to Earth - “Take the World”.