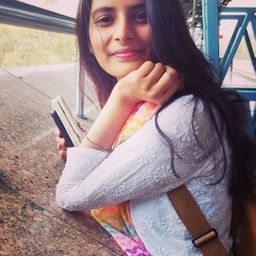 Are you someone who is always gluedto their smartphones. Are you a technology addict who feels compelled to check their smart phone every two minutes.

Technology addiction is an impulse control disorder that involves obsessive use of mobile phones, the internet devices or video games, despite knowing negative consequences to the user. The disorder may also be referred to as digital addiction.

Bill Gates didn’t let his children have cell phones until they were teenagers. Steve Jobs famously didn’t let his kids use iPads or iPhones. Why would these Tech titans stop their children from using products they have created? Because they know the grim truth: Technology addiction is a very real problem.

Every machine created is to extend our facilities. We have visual capabilities so there are telescopes and microscopes. Some 20yrs before there used to be those blue box telephones to dial numbers. My Grandma states “it was such a sucking thing to spin the roll ten times to dial a number and today I just speak out the name to dial the number and it is that easy. Technology has made things at ease, technology is like a boon.”

So the problem is not technology but our compulsive attitude towards it. Technology is just an enhancement of our capabilities nothing more. People use gadgets compulsively i.e they use gadgets unconsciously. Once westart using phones, we don’t know when to stop.Once we start taking selfies, we don’t know when to stop clicking pictures either.We use everything so repetitively and unconsciously that we are just compulsive on using every gadget. Now they have become an addiction just like drugs.

An expert of internet says that 70% on the internet traffic is only pornography.

What has happened to us? People become addictive to whatever new thing they use. Why? When we have such a phenomenal tools of communication, such as internet, in our hands, isn’t it important that positive things overwhelm the world, rather than such negativity. Humans use things so compulsively that they forget the right way or right ethic to use it. How can an thing made for our convenience have right to make you obsessive and out of control?

Addiction To Technology And Needed Detox

Glut Of The Internet On Youths