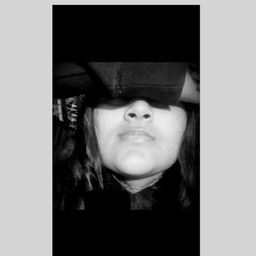 Human trafficking is the modern day slavery. Along poverty, social and political
causes are also attributed to the rise of trafficking. Trafficking is the recruitment
of people prominently for the purpose of exploitation in the form of work, labour
or job. It might include moving through international borders.
There are some major myths regarding the perception of human trafficking and
they include:

trafficking when people are the victims of exploitation. They are forced to work as
forced labour, sex workers, organ donors ; under the exploiters. However,
smuggling refers to the illegal movement of the people from one country to
another. A person is not bound to be exploited under the network of illegal
immigration. Once the person reaches the country, he/ she is free to find and live
the way they wish to. Since smuggling includes illegal documentation, it violates
the state laws. A person might be in grave danger at the hands of the State, if
caught.

through international borders. Trafficking could be happening right next to your
house and you would not be aware of it. It is harbouring of people for the
purpose of exploitation by deception or fraudulent schemes. It happens within a
state, country and internationally as well.

A greater misconception is that only women and children count for the traffickers.

There are equal number of men involved who get caught within this network.
However, majority of the cases detected include greater number of women and
children.

prostitutes. It includes forced labour, donating organs and various others jobs
that people are deceived into. Although this part of the exploitation is highlted
more than the other facets.

Although in majority of the cases, the victims do fall prey to this network through

deception and fraud. But many times a worker might be totally aware of the
circumstances what is going to be a part of. They choose to indulge with a view to
gain some profit. Certain socio economic conditions are also responsible for
pushing a person into the nexus.

People who have been smuggled to some other country might be free at the hands
of the smugglers but there are chances of falling prey to human trafficking in the
meanwhile. Steps have been taken, globally, as a means to combat the menace of
trafficking by setting up various agencies and laws. However, India still lacks a
strong database towards the statistics and platforms to deal with trafficking. Recently, 'The Anti-trafficking bill' 2018, has been passed in the Lok Sabha and await a nod from the Rajya Sabha. The bill is necessary as it not only tals of rescuing the victims but also rehabilitating them.

Kailash Satyarthi, recipient of the Noble Peace Award has been a pivotal face in

raising the awareness towards trafficking within the country. His NGO ‘Bachpan
bachao andolan’ has been instrumental in saving thousands of innocent lives
caught within the web. He has been working extensively towards providing a way of life to the distorted lives of the children and the young victims.