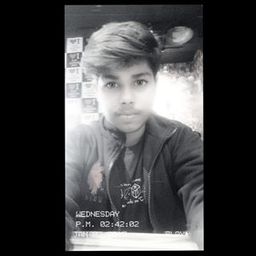 A human life is considered to be full of opportunities having 100 ways to live but we could explore only one and the best 99 remain unexplored.

It all starts from the birth. The expectation from that innocent soul starts from his birth. Some show him the life of comfort while others show him the luxuries of life. He starts running after money forgetting the real happiness of life. And if, unfortunately he fails , he if left with nothing else but with disappointment , sorrow and with a thought that all his thoughts for luxuries are lost. He never realized that he was not running for happiness but for money.

Thus he forgets that he is still left with 99 ways of life that can give him the true happiness.

Everyone gets 100 ways to live his life. But it is he who needs to decide that which out of those 100 gives not only money but satisfaction as well.

And their is no time fixed for one to realise the real path of living.

Talking about Fauja Singh, a 106 year old runner who is the world's oldest marathon runner starting running when he was 80 .

The age at which all have already wasted 10-20 years waiting for death. Fauja Singh's 80 year long wait actually ended when he decided to start running....... The thing which can bring him the name , the fame and most importantly the satisfaction.....

In the world today, people have forgotten the true definition of happiness. They have forgot that true happiness is something which is not for sale in this materialistic market or so called "THE WORLD".

But it is something which comes from the depth of our hearts and thus from the core of our souls, when we live our dreams , when we do things which are our passion and not the just some money making machines......

Talking about BILL TRAYLOR , one of the greatest painter of all time, whose talent surfaced suddenly in 1939 when he was 85 and had just 10 more years to live.

BILL TRAYLOR was born in slave family and worked major part of his life as a sharecropper.

BILL had deep interest in painting right from his childhood but due to bad financial conditions he was forced to not live his dream. Living his dreams not only gave BILL name and fame all over the world but also the ultimate satisfaction.

Therefore, whenever you fail in something always remember you have other 99 ways left for you and their is always that one thing which can give you not only harmony, comfort and luxuries but also also peace, satisfaction and harmony , all you need to do is to explore that one thing of your passion, put efforts to achieve it and all the beauty of world will lie in your fist.

Where You Can Find Peace Of Mind