Me Too:- An Untold Secret Of Bollywood 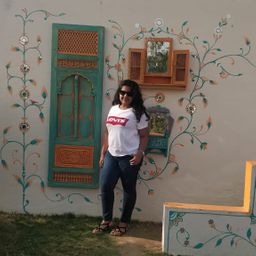 Every year, many people come to Mumbai in order to become a successful actors or actresses and yearn to make a successful career for themselves. But for many, this experience becomes a nightmare. The BBC’s Rajini Vaidhyanathan and Pratiksha Ghildial spoke to several actresses who say they have been sexually harassed by casting agents as well as directors. One of the well known actresses whose name was not disclosed by the media, and belonged to a very conservative family moved to Mumbai for work, in order to fulfill her dream, at the age of 19. With little experience and no contacts in Mumbai it didn’t take much time for her to break the industry. One of her first offers came from a casting agent who asked her to meet him at his apartment. She didn’t think anything of it because she was told it is common for such meetings to happen at home.

Her account of what happened next is distressing. She was touched by the casting agent from anywhere to everywhere. When she denied for the same the casting agent told her that she didn’t had the right attitude for the “film industry.” Later, she went to the police to file a complaint against the same, but her complaint was dismissed by officers who said “industry people” can do what they want.

Being asked for sexual favours in return for acting roles is something many people say is prevalent in the Indian film industry. And this has come up in media after some channels had an interview with young actresses who have also faced lurid comments and sexual advances while seeking roles in films.

There are many ladies, in our society who are not willing to reveal their names because if they do so they wouldn’t be able to face the society. Among such ladies, Usha Jadhav is one of the few women willing to reveal her name as well as the incident that had happened with her when she entered the film industry. These issues have being taking place in the industry since very long, but it was Radhika Apte who has chosen to speak out about it in the public.

And it was Radhika who wished to have a #MeToo movement like Hollywood. After this women from other industries like Tollywood have also started speaking about the same. Even an actress from the Telugu film protested against the same issue against the casting couch.

Sexual Harassment is not just restricted to women. Ranveer Singh as well as Farhan Akhtar have also said their stories publically. They believe that #MeToo movement is on it’s way to Bollywood and will definitely change the things.