Harassment Faced By Women In India 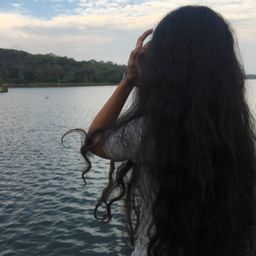 It is the sad reality that women face so much violence in today’s world.
Women face exploitation at the workplace when they are harassed during working hours or due to some inappropriate behaviour by any of the colleagues.

In rural areas, the treatment of women is so terrible. They live in fear and bear all kinds of treatment because they are afraid of being thrown out of their house if they do not obey.

There are STILL women who are being oppressed by men who have misogynistic thinking and cannot bear to see progressive mentality of others.

Numerous rape cases are reported everyday but absolutely no strict action has been taken against these cases. And if that does not tell you what the condition of security for women in India is today, then I don’t know what will.

The casual attitude of handling these problems is the reason why people are getting encouraged to exploit women in such a way.

Not wearing short clothes, not staying out late at night, not walking alone. It is all the attitude and audacity of the men with such narrow minded mentality.

Along with these atrocities, there is another case of harassment faced. It is marital rape. Most people consider marriage as a sign of doing whatever they please to the woman, but if it is not consensual, then it is considered forceful and therefore, rape. Many brave women have been coming out with their stories and the difficulties they faced.

Justice to women against these harassments have been gaining popularity due to movements by celebrities like #MeToo but there are still a large number of women who are scared to talk about what they have faced due to the fear of judgement from society and creating a bad reputation for her family.

Instead of telling women to be careful, tell men to control themselves and make them understand that “No means No”

The journey to get justice is not only a woman’s responsibility but also of each and every person of this society. Nobody takes this seriously until something happens to their close ones.

This fight against patriarchal and misogynistic thinking and careless attitude is the only way to ensure that your mother, sister, girlfriend or wife are safe.

Kriti A
Kriti A
74 views