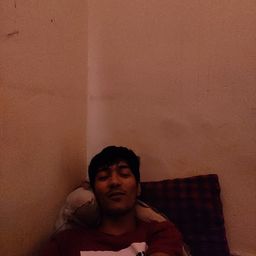 Currents is the third Tame Impala record, Kevin has evolved his sound by combining the pop element to his rock grace. He has substituted the raw essence of the 60s and 70s psychedelic rock with something that makes it sounds somewhat like a dreampop record. Pitchfork called it a breakup record on number of levels. To compare this album his previous work would not be like comparing apples to oranges. It's a fact that Kevin has made a pop record, and has done a great job in doing so. He has incorporated instrumental depth in his music, which was severely lacking in modern pop music.

The album cover for Currents was created by Robert Beatty. He said that he “mostly went off of the concept that Kevin sent over, which was all based on vortex shedding and turbulent flow — basically the way a gas or liquid travels around an object.”

The production is more intricate and detailed, the layers of instruments have increased, which makes it hard to navigate everything at first listen. The near absence of guitar when compared to Kevin’s previous tracks like Elephant is evident, he has also shifted to more synths as it allows for a wide range of emotions to be expressed. Songs like Nangs and Gossips exhibits great production capability, making us question “how did he do that?”

The hypnotic opener Let It Happen is simply the best opener in Tame Impala’s discography. The song is about accepting change and let it take it natural course instead of fighting and resisting the force that is going to change the status quo. Yes I'm Changing and Eventually juggle with the feeling of moving on and getting over a relationship. In the song Eventually, Kevin’s false altruism is exposed, by struggling with what he has to do and what he longs for from within. The Less I know the better, the lead single, describes the pain of a man feeling left out in a love triangle. Kevin has himself said that this song doesn’t belong in this album “because it has this dorky, white disco funk.” Love/Paranoia feels like a song written by a person whose partner has been unfaithful to him, lyrics:

“I’ve heard those words before, Are you sure it was nothing, Cause it made me feel like dying inside”

Currents works on so much levels, one reason might be because it gives a vivid imagery of an introvert's life, who has been exposed to situations, which are not very natural to him.

The Less I Know The Better

Lorde, And The Anatomy Of Her Music.