Rules Of The World 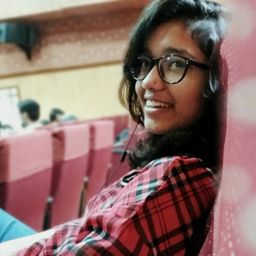 Arya looked into the mirror. She saw her bare body; her eyes paused at her stomach. Once flat and smooth, her belly has stretch marks now and had swollen like a big balloon. It trapped another soul, a new life.

After her pregnancy, she started taking care of her body. It’s been ages since she has looked at herself into the mirror and saw the hope of a new love for her life, her body. Had it not been for this baby, she would have long got rid of her body, the thing that she disgusted since childhood.

Looking at the mirror, her past flashed through her memory.

Oriental in nature, she had a dark-wheatish complexion. Often bullied by her schoolmates in California (her dad worked there). At a tender age of ten, she started having a bad feeling about herself. She started losing her trust in her own self. By thirteen, she turned silent.

She wondered why, but girls aren’t allowed to question back. She has to listen to what the elders say. That’s for her well-being.

She often thought that the boys around her were talking about her, pointing at her flaws. Making jokes on her dark skin, freckled cheeks, and skinny legs. One day, on the way to auditorium a boy touched her behind. She was terrified. But she chose to keep quiet. Another day, everyone in her class was laughing at her because she had stained her skirt. Humiliated and not knowing where to go, she went to her teacher. Her teacher scolded her and said she was a filthy being who was eating the heads of the innocent boys of her class.

She cursed herself for ever speaking up.

After her education, in her job, she met a boy. She thought he was the one. Arya had never felt so comfortable in someone’s company ever before. She opened herself up, she told all her insecurities. The boy understood it. But one night, when he got drunk, he forced himself upon her. She screamed , but he did not pay heed. She had to hit him to flee.

Arya could not take this betrayal. She thought him to be the one. How could he? How could consent not matter?

Days went by. She just let her work keep her away from the scars of the past. She did not want to hate herself anymore. She disgusted her body enough. Her love for her own self was long dead.

A year after, one day, suddenly her mom asks her to stop her job because they found her a man and she had to make a home. She did not say a thing, she left her job and got married. One day, her husband started undressing her. She was married, and she belonged to him they said, so it doesn’t matter if she wants it or not. It can happen. Her husband had all the rights.

She couldn’t say no. She was not supposed to. She just felt wrong.

The scar on her left wrist is a result of frustration form that night. She treated her own life as a burden. Like her memory, she felt her body too to be scared.

Its 270days and she has fears that the world will too cruel on her little one. She did the NIPT test and got to know it was a girl. She did not tell anyone, because she knew her family wouldn’t like it. And she couldn’t afford to kill an innocent soul. So, she returned to sleep.

At about midnight, she felt acute pain in her stomach. A pain so bad that seemed like it was pulling the life out of her. She screamed. Her voice getting louder with each scream.

She was rushed to the hospital. Her ears turned numb, she felt breathless. The people around her were saying he something, but she saw the world turn dark in front of her eyes.

She wakes up. “What time is it?”, she thinks. To her surprise, she sees her husband cuddling a small body. On seeing her come back to sense, he says, “Almighty has sent us an angel. A Pari has come to us.”

It’s been four years since then. Pari has grown up. And now, looking back at past doesn’t scare Arya. She draws strength from that. She knows the cruel ways the world has for a girl, and that her daughter has to go through it all. She wondered if she could tell her daughter about everything without scaring her about the world. She panicked if she could prepare her to fight against the norms. But every time those tiny, bright eyes looked into hers, she saw hope.

And every time Pari held wrapped her tiny fingers around her palm and said, “I Love You Mamma”, Arya knew she had a purpose to live for.