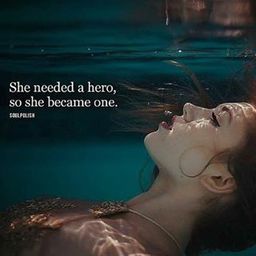 We see scores of people committing suicide only because they couldn’t get a particular job Or couldn’t pass a particular examination or simply because they fail. Failure should not be the parameter that stops you instead it should get you going. We all get excited by hearing the word SUCCESS and everyone of us aspires to be successful in life but when it comes to failures, we all fear it and stop there. We feel like that’s the end of our lives but history has proven otherwise. There are a lot of examples of people who managed to push through their failures and emerge successful.

Micheal Jordan, the world famous basketball player, was initially knocked off the team. It depressed him but he got on to his toes and started again. The Beatles, an English music band, we’re rejected thrice by the Decca Recording Studio.Lionel Messi, needless to say that he’s a footballer, was also kicked out of his team because he had growth hormone deficiency due to which he was a bit short. Oprah Winfrey was also fired from her job where she worked as a news anchor. Albert Einstein couldn’t speak till the age of four. Walt Disney was also fired from his jobof newspaper editor. But did they stop there? .Jack Canfield was rejected 144 times before he found a publisher for his book,Chicken Soup for the Soul. When Jack told the publisher he wanted to sell 1.5 million books in the first 18 months, the publisher laughed and said he’d be lucky to sell 20,000.That first book sold more than 8 million copies in America and 10 million copies around the world. Canfield’s book brand is now a $1 Billion brand.When Rowling wrote the first Harry Potter book, she was divorced, bankrupt and on welfare.After a dozen publishers rejected her manuscript one finally agreed to publish it. But the publisher told Rowling that she needed to get a job because there’s no money in children’s books.

Not so long ago,a student scored 60% in his matriculation ICSE exam. Yet his mother, breaking all the stereotypes,wrote a beautiful and emotional congratulating letter for him.For others, he might not have reached the benchmark set by the society, but for his mother he didn’t fail.

This should be our mind set. There is not just one avenue for us, but infinite avenues. There’s no limit when it comes to dreams. If there is a limit that lies within us, that is us.We’re the ones who stop ourselves from moving forward despite failures. All of us can create great stories only when we’re ready to try new things. Because if we never try new things, we never fail and if we never fail, we never succeed. Failure is the fundamental part of success. A little more persistence and efforts are required in everything we do and what seems a hopeless failure may turn into the biggest possible success.

How To Overcome Failure In Life

Failure Is Not The End