Why Rick And Morty Season 4 Is Going To Be Great 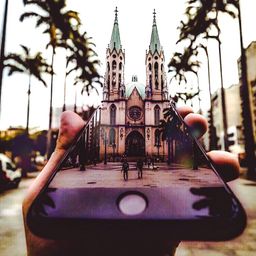 The release date for Rick and Morty season 4 was announced recently and it has been quite a pleasant surprise for most of the fans, including me. This is because prior speculation had revealed that the audience could expect the show to return around Christmas at the EARLIEST because neither script writing nor the animation had begun and sources said that it could take well over a year for Rick and Morty to return.

In May 2018, Adult Swim announced that the network’s flagship animated series,Rick and Morty, would not only return for a season 4, but that fans could expect70 new episodes dolled out over the next few years. The only question was: when the hell would season 4 actually roll around? According to the announcement, the show will be returning sometime November which is much earlier than expected.

“We’re super excited that, for the first time ever, we’re locked in, we know what the future is, we have job security,” Roiland said. ”Harmon is in great spirits, we have a great writers’ room. We want the episodes to stay good, but we do also want to try to turn them around a little quicker now that we have this big order, I think it gives us the ability to be faster. We’re not going to do these long breaks, these chasms in between seasons anymore. We’re going to schedule vacation time and just keep the machine going. It’s going to be really cool.”

Rick and Morty has always managed to gather in a great review from mostly everywhere. The consistency of the quality of the show is truly appalling and fan could definitely expect a these two traits to be maintained. There is almost no chance for season 4 to be a disappointment or deteriorate in quality which is why the audience can completely invest their fate and patiently await for the new season to air.

It has earned a whopping 94% score on rotten tomatoes. For those of you who may not know much about the show or have simply forgotten (to be fair, it has been a long time) after having been missing for nearly 20 years, Rick Sanchez suddenly arrives at daughter Beth's doorstep to move in with her and her family. Although Beth welcomes Rick into her home, her husband, Jerry, isn't as happy about the family reunion.

Jerry is concerned about Rick, a sociopathic scientist,using the garage as his personal laboratory. In the lab, Rick works on a number of sci-fi gadgets, some of which could be considered dangerous. But that's not all Rick does that concerns Jerry. He also goes on adventures across the universe that often involve his grandchildren, Morty and Summer.