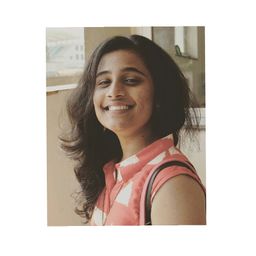 The " Me Too " movement was founded in order to creat awareness about sexual assaults and harrasment in the society.

The main purpose of this movement was to empower women who have been victims of sexual assaults through empathy . This movement spread virally in 2017 on social media under the hashtag " #Metoo ". Millions of people around the world have sharedtheir #MeToo stories about sexual harassment and assault.

This movement managed to reveal a darkside of our society . A survey under #Metoo movement revealed that nearly one in three individuals have either faced it or knows someone in their family who did. And nearly 80% Of the women being victims of sexual harrasment at workplace never reported such cases to their hire autorities or HR with the fear of being discriminated or outcasted. People from different industries like film actors , media people also invloved in this movement which also created huge media controversies later .

As this movement grew , not only women but even men came forward to be a part of it .

However later this movement was misused by few , to settle their own scores. Lots of women using the card of" a woman can never be guilty or wrong " has managed to destroy a particular person's reputation in the society by falsly accusing him to have assualted her or so .

One of the famous recent example is of the model from Mumbai who mis behaved with the security guard of her colony and then when the authorities were called in she started stripping and playing her " I am a women " victim card.

In general it's the characteristic of society to haveprejudice against someone. So if a girl shouts he has molested me , 'he' is tamed and humiliated and looses respect in the eyes of the society .

MeToo movementwas supposed to be a symbol for all those women who had kept their pain with themselves for years through out their lives. Who had gone through so much misery one can ever imagine, it was supposed to break this glass ceiling and the male patriarchal ideas that they can get away with anything if they have a position of power, but like those few coarsefruits of the basket there were few women who started becoming the same thing which they had sought to destroy in order to achieve "equality".