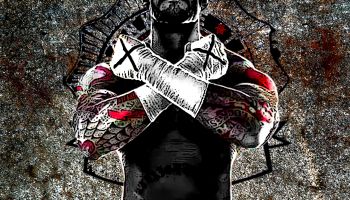 Apple on Tuesday disclosed all their brand new products and services which included their amazing three different models of new iPhone, the Apple Watch Series 5 and the launch dates and pricing for their new gaming service, Apple Arcade and Apple TV Plus service. Along with these announcements, they also introduced everyone to their brand new iPad.

The sudden advancements made in iPad definitely indicates that Apple is trying to give a tough competition to Google’s Chromebook which has become a great alternative for the laptops. They became very popular due to their cheap price and the perfect combination of Windows. Apple with their aggressive pricing and powerful CPU are targeting towards the same user base. Let’s take a look at the advancements made in the new iPad.

The first thing you will notice on the seventh-gen iPad is its screen which is bigger than the sixth-gen iPad. The new iPad has 10.2-inch retina display which will make viewing and working on it more enjoyable. The new 10.2-inch Retina display iPad has nearly 3.5 million pixels. Its screen size will not be a problem to anyone for working on documents, editing a video, watching a movie or literally anything which laptops provide. The new iPad comes with a smart connector which means it has support for smart keyboards. Apple also introduces us to its support for Apple Pencil which lets its user to use their creativity in every aspect. This may also beneficial for people who are in the field of arts, ultimately becoming a great choice to buy.

As everyone knows how much Apple has pledged to be as environmentally friendly as possible. The new seventh-gen iPad is made of 100% recycled aluminum. There is no noticeable change in the design of the iPad if compared to their sixth-gen iPad. The new iPad is ultra-portable and super durable.

The iPad seventh-gen has iPadOS which is specifically made for iPad for the seamless performance on it. There are much more improvements on the OS. The OS has been redesigned for showing more apps on each page than before. Today View can now be instantly added which allows users to take a quick look on the available widgets. iPadOS now can mark up and send entire web pages or documents by simply swiping Apple Pencil from the screen. iPadOS also supports dark mode and custom fonts which adds to the beauty of iPad.

iPad comes with a powerful A10 Fusion chip which will handle all the memory extensive tasks with ease. Apple also mentions, “A10 brings up to two times faster performance over the top-selling Windows PC4 for powerful multitasking and smooth gameplay in Apple Arcade.”.

The seventh-gen iPad only supports lightning connector and no support for Type C USB cable which is very unlikely to do as all the new-gen devices are coming up with Type C USB cable support. The new iPad still has a headphone jack which is impressive. Thumbs up for that!!

Apple is currently taking pre-orders through its official website. The seventh-gen iPad is currently available in silver, space gray and gold. There are two variants on the basis of storage i.e 32GB and 128GB. The seventh iPad starts at $329 (US) for the Wi-Fi model and $459 (US) for the Wi-Fi + Cellular model from their official website. The price of the new iPad for India is not yet announced by them.

Apple Pencil (1st gen) is available for 99$ and The Smart Keyboard is available for $159 (US) with layouts for over 30 languages, including simplified Chinese, French, German, Japanese and Spanish. Apple Pen and the smart keyboard will not be available with the iPad and have to be bought separately.

Apple Vs Samsung: A Brief Study Of Their Marketing Strategy