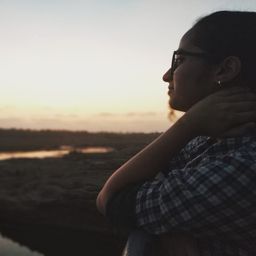 When the hearts feels low,
And your tears need an escape,
It comes to the rescue!

When the mood is delighted!
And it is time for the party to get started,
It comes to the rescue!

Come on, you must have guessed, about who comes to the rescue?
Yes! Music it is!

“Music is an art form and cultural activity whose medium is sound organized in time. General definitions of music include common elements such aspitch,rhythm,dynamics, and the sonic qualities of timbre and texture.

Music is performed with a vast range ofinstrumentsand vocal techniques ranging from singing torapping; there are solelyinstrumental pieces,solely vocal pieces, such as songs without instrumentalaccompaniment and pieces that combine singing and instruments.”

Now, let us understand music from the point of view of a common man.
To me music is an escape from everything.
It is the celebration in times of victory,
It is the invisible shoulder to cry upon.
Music doesn’t necessarily means it has to have words, sometimes it can simply be just a tune to hum.

And one should always understand and respect the choice of music somebody prefers.
No music is ever bad, there is always someone who likes it.

Some love jazz, some slow Arijit Singh songs, some prefer upbeat Punjabi songs, whereas some prefer songs of various cultures!

Respect the choice one has.

Now let us take a look at the history of music.
Musicis found in every known culture, past and present, varying widely between times and places. Since all people of the world, including the most isolated tribal groups, have a form of music, it may be concluded that music is likely to have been present in the ancestral population prior to the dispersal of humans around the world.

Consequently, the first music may have been invented in Africa and then evolved to become a fundamental constituent of human life.

Prehistoric music, once more commonly called primitive music, is the name given to all music produced inpreliteratecultures (prehistory), beginning somewhere in very lategeological history. Prehistoric music is followed byancient musician most of Europe (1500 BC) and later music in subsequent European-influenced areas, but still exists in isolated areas.

Music has existed in the human lives since ages, and one can be sure in saying this, that it shall last for many more ages to come.