Superstitions And The Possible Logic Behind Them 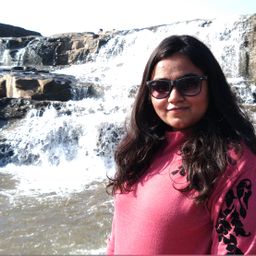 In India, there are many religions and cultures with them, and from them arises superstitions, but behind every superstition, there is a scientific reason and that is why our ancestors practiced them but today they are unfortunately related to religion. Let us see some of them and the reason why they are practiced:

This one here is followed in the majority of houses and shops. It is said that it is hanged to prevent bad luck. While the scientific reason is that the thread absorbs the acid from the chilly and lemon and this smell prevents small insects and pests from entering the shop. That is the chilies and lemons were a simple pesticide used in the ancient time.

2. Swallow tulsi leaves do not chew them

Tulsi leaves are very healthy but they also contain a small amount of arsenic in them, hence chewing them can result in the degradation of enamel and therefore it is advised to swallow them.

In India till date this superstition is carried, the real reason to constraint women from not entering temples or kitchens were that they often become weak during these times and they suggested to take rest also it becomes unhygienic to work during these days. Therefore women were constrained during olden times.

4. Eat curd and Sugar before starting something good or new

As India is a tropical country, curd has an immediate cooling effect on the stomach, and sugar acts as glucose giving us more energy which in turn was linked with good luck.

Fallen hairs are not only unhygienic but if they fall in our food it will make the food not edible. This is the main reason behind cleaning fallen hairs from the house and not that it will bring fights into the house. Yes, fights can occur due to hair in food.

6. Adding one rupee is auspicious

In India, we add one rupee coin while we give money in any ceremony especially weddings. It is marked as the beginning of a new cycle. It is said that adding one makes the sum odd and as zero indicates ending one is added to maintain the continuity

7.Sweeping in the dark

In olden times lamps were used, and it was advised not to sweep as in the dark something important maybe a gold ornament or something other might get sweep with dust as there was not enough light to see, therefore it was said, not to sweep at night.

8. Do not go near the Peepal tree during the night

It is said that ghosts live on the Peepal tree during the night and therefore we should not go near it but the real reason is that trees produce carbon dioxide during nights which is obviously bad for human health, therefore, it was advised not to go sleep or sit under a tree during nighttime.

9.Throwing of coins into rivers

In olden times coins were made of copper and as rivers were the main source of drinking water people threw coins in them as copper provides beneficial properties to water and also helps in killing bacteria. That is why throwing coins in the rivers was practiced.

10.Applying Tilak on the forehead before starting something

The tilak ritual has been performed from ages and there is a scientific reason behind it, that is the midbrow is the major nerve point of our body, applying tilak acts as acupressure and reduces stress and anxiety. Also, Chandan has a cooling and soothing effect on our skin.

The superstitions now do not feel weird, do they? Behind every superstition, there is a possible reason that concern our surroundings or us.