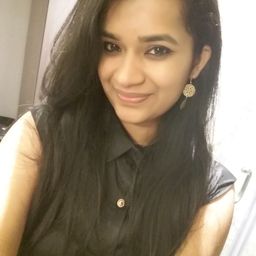 People Can Get Depressed, Sad, Anxious and Even Act Psychotic. That Doesn’t Make Them Mentally “Diseased".

Depression is, in many cases, still seen as a Western World Disease. The earliest descriptions of depression date to around 2000 B.C., when depression was understood as a spiritual problem, perhaps caused by demonic possession. But as early as the Middle Ages, scholars were taking a more enlightened look at depression.

Cases of depression sufferer’s families and friends may simply not believe in its existence, instead labeling it as exaggeration, laziness, selfishness, or an attempt to punish other people. Depression is a fact. Depression differs wildly from person to person, and that there are at least nine different types, including situational depression, postpartum depression,dysthymia, are major depression.

Depressive symptoms are often misunderstood as scapable by pure force of will. It is important for near and dear ones to understand getting rid of depression is not that simple. The lack of will or the desire to chalk out such melancholia state is what depression makes one feel. If it would have been that easy, why we would really be so much concerned about it. The symptoms are mental, which means it's harder for people to conceive of them as serious, outside your control, and medical in nature. One of the common misunderstandings about depression is that it's similar to feeling sad or down. Although many people with depression feel sadness, it feels much more severe than emotions that come and go in response to life events. The symptoms of depression can last for months or years and can make it difficult or impossible to carry on with daily life. It can disrupt careers, relationships, and daily tasks such as self-care and housework.

·There's no pleasure or joy in life.
·Concentration or focus becomes harder.
·Everything feels hopeless
·Self-esteem is often absent.
·Sleeping may be problematic.
·Energy levels are low to non existent.
·Food may not seem appetizing or it may be used as a comfort or coping tool.
·Aches and pains may be present.

CAUSES may include-
·Genetics
·Life events: These events include divorce, the death of a loved one, job loss, or financial problems.

·Some medications: Certain prescription medicines may increase the risk of depression. These include somehigh blood pressure medications, steroids, and some cancer drugs.

Depression drains ones energy, hope, and drive, making it difficult to take the steps that will help you to feel better. If someone near you is depressed remember that being a compassionate listener is much more important than giving advice. You don’t have to try to “fix” the person; you just have to be a good listener. Often, the simple act of talking to someone face to face can be an enormous help to someone suffering from depression. Encourage the depressed person to talk about their feelings, and be willing to listen without judgment. Depressed people tend to withdraw from others and isolate themselves. You may need to express your concern and willingness to listen over and over again. Be gentle, yet persistent. Suggest a general check-up with a physician. Your loved one may be less anxious about seeing a family doctor than a mental health professional.

Killing the taboo related depression is much needed today. Depression is real. Just by saying, “look the brighter side”, won’t heal this. Fight it real.