How To Be Tony Stark: Character Analysis 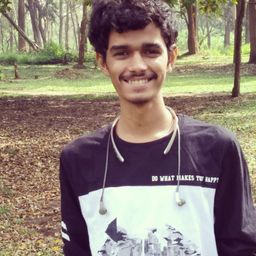 With the release of Endgame, Marvel has concluded it's 11 years long journey and are onto new one, however of all characters, one guy stands out differently than the rest! He's the epitome of basically everything! Yuppers, he's none other RDJ's Tony Stark, Genius, billionaire, playboy, philanthropist! It's quite obvious that everyone tries to follow his ideology and his way of leading life,let's check out some of the key traits as to what makes Tony Stark,Tony Stark?!

Since the beginning of Ironman until infinity war, it seemed that Tony Stark is a cheerful,way to go guy, but on in depth analysis one can know that he's very serious about almost everything, he only makes it seem that he cares least about everything! Take Ironman 2 for example, he was dying because of the arc reactor that was actually keeping him alive, yet he went berserk on his birthday party, but deep down he was scared that he was gonna die, and that made him go bonkers. Yet he didn't show it Infront of others, that's a feature to be learnt, don't show off your emotions that might make you weaker

Everybody loved the scene in Ironman, where Tony Stark gives flying a try without actually being ready or not trained enough, he flies so high that the temperature decareses and forms ice layers on his suit which causes him to lose his flight power, he quickly rectifies his mistake and makes it temperature resistant.

One of the key aspects of Tony Stark, he didn't stop believing in himself! Even when trapped in Afghanistan, he could do himself a favour and bust himself out with the box of scraps as junks he had.In Iron man 3, when he was down to nothing, when his whole mansion had blown up, he backed himself up and created tons of minor weapons and attacked the Mandarin HQ and was quite successful in evading the thugs!

What an entry it was for him in Ironman 2,when he free jumped to give himself a dramatic entry into Stark Expo! And what a confidence portrayal in front of the audience! He walks in like he owns the room! That amount of charisma can only be earned by self confidence,and believing in yourself! That's all it takes for yourself to look cooler despite so many failures! BELIEVE IN YOURSELF

These were some of the key points that I observed while watching all his movies! And of course you definitely have to give credits to the man who made him look awesome, Robert Downey Jr himself! He deserves all the credits for what Tony Stark now stand out to be. A Role Model, an icon, a leader indeed! I love you 3000

Movie Quotes To Live By