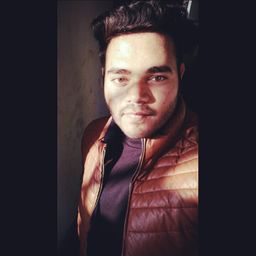 Strength of currency is a relative topic which can be understood by three important factors determining it, that are high interest rates, economic policies and stability of trade. A country relatively has a higher value of currency when the interest rate are provided to the investors from abroad such that they are ready to invest, economic policies are made to tighten fiscal schemes and anti-inflammatory decisions and stability of trade more specially plays the main role in changing its global value.

Indonesia is one the most beautiful countries in the world also as it is a collection of island the tourism business of Indonesia is the biggest source of money transfer in the country. Bali is the most popular destination for vacation known around the world. The temples and the farms with beautiful beaches this country is a must on your trip list. As 1 INR = 204.90 Indonesian Rupiah

Vietnam is a country with different culture and has the Buddist Pagodas and mouth watering cuisines. Vietnam is in the South Asia and is not that far away too. The currency in vietnam is vietnamese dong and 1 INR = 333.43 Vietnames Dong.

Combodia is the country famous for Ankhor Wat temple made for the Hindu religion. The country is the neighbouring counrty of vietnam and has very preatty sea shores and mountains. The currency of combodia is combianian riel and 1 INR = 57.80 Combodian Riel.

Sri Lanka is an island country in the Indian Ocean below India. Its capital of Sri Lanka is Colombo. The places like Sigiriya, Colombo, Kandy and Galle are not just beautiful but also have amazing historic significant monuments and amazing places to relax. The currency of Sri Lanka is Sri Lanka rupee . And 1 INR = 2.57 Sri Lanka Rupee.

Hungary is a landlocked country with breathtaking architecture and culture influenced by Romans, Turkish and others. Budapest is the capital city of Hungary. Hungarian is the national language with minority of German speakers. The currency of Hungary is Hungarian Forint and 1 INR = 4 Hungarian Forint.

Know for the vast landscapes and the nomadic lifestyle of the people makes this a unique and developing country. The population is not very much of this country so will find yourself in less crowd enjoying the ‘land of blue skies’. The currency of Mongolia is Mongolian Tugrik and 1 INR = 37.55 Mongolian tugrik.

Chile is a long but a narrow country along the wester cost of South America with neighbouring country Argentina. It has 6000km of Pacific Ocean touching it At its long coastline. The capital of Chile is Santiago. It has some very beautiful resorts and coastlines to die for . The currency of Chile is Chilean Peso and 1 INR = 9.55 Chilean Peso .