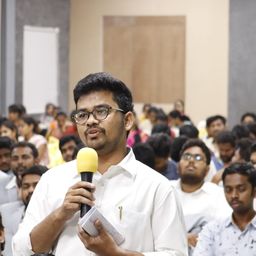 Its been 11 years since we have gone through SPC (Sub Prime Crisis) . Lets begin with initial stage of situation.

In the late years of 90's, Dot com bubble technology took a boom and its impact for which everyone interested in investing and it got burst in 2000's. Later, the interest rates fallen to 1% for which investors were not investing their money even in banks too. At that time, they were in a search of any new investment option. So they thought of buying houses and even the US government used to encourage to buy due to increase in real estate business and started earning more profits.

Later on they lend loans and started to purchase more houses and everyone focused on it including the investment banks.

Investment banks (IB) started taking loans and made a collateralized Debt Obligation (CDO) i.e. A bundle of loans, and got its credit rating from agencies and they sold it to investors. Generally while providing loans to public, banks used to check their credibility very keenly and provide with secure guarantee, as the IB's are taking loans and making as a CDO's, they have transfered the risk to CDO investors from banks and themselves. But the Credit rating agencies used to give AAA ratings to those CDO's for which most of the investors got more encouraged to buy those. As it created a boom, banks started to give sub prime loans i.e. Low quality, which aren't guaranteed whether they would be recovered or not, as they were not verifying those by banks.

Later AIG insurance Co. started to give insurance to CDO's , as they thought those were AAA rated CDO's, So they would be more safer and termed as "CDS - Credit Default Swaps".

Due to increase in adjustable rates, which were not aware of the public who took the sub prime loans, so customers started to default the interest payments to banks. Later banks started to recover by selling the houses. AIG Co. also went into loss of nearly $100 Bn as the CDO's investors have recovered their money through CDS.

As the AIG Co, was one of the largest insurance company, US govt move forward to bear the loss through Bail out (My 2nd article). Later, Investors stopped buying the CDO's and the top IB's in US went into bankrupt (example: Lehman Brothers). Mainly on these instruments, there were no regulations by the govt. Though the govt used to provide regulations on mortgages, were reverted by federal reserve chairman.

Due to this lending of loans through banks were gradually decreased to companies in US and the economic growth fallen rapidly. Due to this crisis, it impacted to global countries too, which were inter connected global trades to other nations.

This resulted in Global Financial Crisis across the world. In the year 2005 - IMF Chief economist and Former RBI governor Raghuram Rajan has predicted this crisis for which he got to result in more criticism through various IB's

Algorithmic Trading, The Future Of Investing

The Phenomena Of Copy And Social Trading