A Look At The Video Game Industry 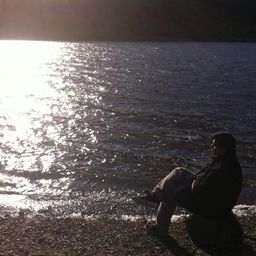 Expected to be valued at approximately $90 Billion by 2020, the Video Game industry has taken the world by storm. Having more than 2.5 Billion consumers, with more and more consumers looking forward to playing the next GTA V or Fortnite, one must wonder how massive this industry will become. With valuations looking more favourable to investors, the stock market too has its eyes on the performance of these major game companies and their efforts to expand and improve upon their operations. Following on from here. We will be looking at a few surprising features about the industry and how its going to affect the future of video games, from a consumer’s and an investor’s standpoint.

1) The Platform distribution of games

Video Games are all not brought to consumers on the same platform. While the most well known may be the Console variety, with Sony’s PlayStation, Microsoft’s Xbox & Nintendo dominating it, there’s a multitude of other providers including but not limited to tablets, PCs, and even online games. The shocking revelation, however, is that the most revenue generating is none of these, but it’s the Smartphone platform. Generating 34% of the Revenue in 2019, smartphone/smart watches edge out the Console/VR/Television segment of providers (which only generated 24%), proving that games like Candy Crush and Pokémon GO can be unbelievable profitable. This may mark a shift of potential producers moving into the smartphone industry, primarily due to the ease and low cost of producing games.

2) The Future of Console Gaming

Primarily dominated by Sony, Xbox & Nintendo, the console side of gaming has been what’s brought the Video Game Industry into the limelight. The most sold console to date has been the PlayStation 2, selling an astounding 157.68 million units to date. However, with the advent of the Nintendo Switch, being the fastest selling console ever, we may see a change in the production of consoles. What makes the Switch so popular is its ease of use functionality, allowing a handheld and Console experience. While the Xbox Scarlet, Microsoft’s next generation console, has shown no signs of a portable mode, PlayStation has remained silent on the topic. There is a possibility of Sony introducing such a mode in order to edge out its primary competitor, Microsoft, leading to a massive shift in Console Making.

Selling an unfounded 17 Million Units in its first week after launch, Take Two’s Red Dead Redemption was the highest grossing game for 2018, followed by Activision’s Call of Duty Black Ops 4. With companies like EA and Rockstar pouring money into R&D in order to develop more sophisticated and Immersive games, the future of games seem to improve in quality. From n investor’s standpoint it would be wise to look at Game Developers such as FromSoftware ( Producers of the Dark Souls trilogy) and C.D. Projekt Red ( Producers of Witcher 3) as these games have produced an almost cult like fan following, almost guaranteeing sales for further games, especially with CD Projekt Red’s Cyberpunk 2077.

Thus, with amazing games lined up, an increasing and loyal following, and extremely important news regarding consoles, now would be a good time to learn and even invest in the Video Game Industry for those interested.

Pubg-The Tale Of A Game