Haryana’S Planned, Steady Incline As The Trade Centre Of India 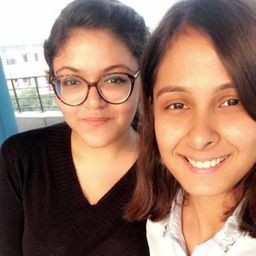 Formerly renowned as one of the top most agrarian States in India, Haryana has emerged as a fast-growing industrial state. Its leading industry is the automotive industry. 2/3rd of the passengers cars along with 50% of the tractors and 60% of the motorcycles produced in the country are manufactured in Haryana. Along with the automotive industry, it has developed into a Biotechnology and IT hub. In the year 2017-18, the state supplied 3.63% to India’s GDP.

Another very important sector of export and import thriving in the state is the textile sector. Cities such as Faridabad, Hisar, Panipat, Sonepat and Gurugram are the hubs of this industry. It’s flourishing so well under the Government of Haryana that their export of cotton based readymade clothed was worth 887.64 Million USD.

Faridabad has been the trade hub since 1607 A.D. when Shaikh Farid, treasurer to Emperor Jahangir built the Grand Trunk Road through the city. A major reason for the city’s success is its proximity to the National Capital. The city is popular for the production of Automotives, cold storages and refrigerators, garments, both unfinished and readymade garments, construction equipment to name a few. However with the development IT sector in Gurgaon and Noidaz it has lost a little charm but has maintained its standing as many large companies operate from Faridabad. Companies like Bata India Ltd., Eicher Tractor Ltd., Goodyear India Ltd., Whirlpool India Ltd., NHPC, NHFDC and Indian Oil Corrporation Limited have their manufacturing and research and development centres in the city. The district has an investment of over 33 billion USD in the micro and small enterprises.

Haryana lies in the Category- I of the agrarian states. Category-I states have the highest household income in India. It is second only to Punjab with Rs. 14,434. The state and central government have set up a missiom of doubling the income of farmers by 2021-22. This mission has been put forth along with several schemes like the Pradhan Mantri Fasal Bima Yojana, Pradhan Mantri Krishi Sichai Yojana, Paramparagat Krishi Vikas Yojna. Along with this, there are many startups working with farmers to help reduce their expenditure on expensive fertilisers and machinery. The local Trade in Haryana occurs in specified markets called Mandis where farmers and small scale artisans like potters and handloom workers locally sell and distribute their wares. On the global scale, Haryana is a major Trade centre with the production of engineering parts and industrial equipment. However there are many SMEs which are unaware of their capabilities. They do not have the global reach. With the global trade increasing per seconds it’s essential that these SMEs receive the attention they deserve. This can be achieved by planned representation of Haryana as an excellent investment destination to overseas investors. Moreover, the SMEs can be highlighted and promoted on websites as well as each sector can be publicised. This is where startups like Connect 2 India step in. They’ve one goal which is to simplify the international trade system in our country and for the SMEs to partake in overseas Trade.

To promote industries in the state, Haryana has granted several policies that aim to help and promote Micro and Small Enterprises. One such policy is the Industrial and Investment Policy 2011. This policy aimed at bolstering the knowledge and tech based industries by providing them with infrastructure and an upgrade to IT based approvals/clearance.

The state government is working hard to promote and help MSEs and have employed several promotional methods. This is aimed at making the small scale enterprises the leading exporters in the country. Some of the promotional methods are the provision of machinery on hire or purchase, institutional support for credit, rewards for setting up industries in backward regions, technical and financial support as well as aid for exports and for Indian markets.

The state of Haryana with the aid of the Ministry of Micro, Small and Medium Enterprises, Government of India have launched several campaigns and designed many policies to help MSEs with export and import. One such campaign is the National Manufacturing Competitiveness Campaign which plans to help enterprises with direct contact to the central government. It also supports the upgradation of the industries to high tech machinery and complete online transactions. Other areas on which they’ve focused are access to markets, market facilitation, IP rights, implementing quality management rules, and incubators to increase entrepreneurial contribution.

The government of Haryana proposed a policy in 2016 for the same reason that is to build trade for MSEs. This policy suggested many benefits and concessions for MSEs. The benefits include concession in tender fee. Any MSE that fulfills the requirements set does not need to pay the tender fee. Completely exempted from any payment of the EMD – Earnest Money Deposit. There is also a 90% exception from performance security which is necessary for other state-based firms. There is 80 percent concession of the qualifying turnover for micro enterprises and 70% for small enterprises. These enterprises were also completely exempted from the past experience and performance which is an important eligibility criteria.

Furthermore, the state government of Haryana approved another policy in February 2019. It is known as the Micro, Small and Medium Enterprises Policy 2019. The new policy works with the older one and enhances it. Along with the previous incentives and exemptions, the policy works with the new national initiatived of the central government such as the Make in India, Startup India, Digital India and Skill India. This helps align the MSEs with both the state and the central government. It also helps them participate nationally with the reach of these initiatives.

Moreover the policy plans to enable financial support for MSEs, help revive dying industries, promote entrepreneurship through incubators and increase ease with which they do business.

The policies and campaigns started by the government of Haryana worked their way up to improve the overall export and import of the state. All these initiatives have increased the Foreign Direct Investment (FDI) in the state. This had boosted Haryana into one of the leading states of India where Major export/import and foreign trade occurs. It is due to the small and micro enterprises which contribute to 45% of the entire trade of the country that the trade sector has seen a steady incline.

The state of Haryana has launched many other policies which aim towards enhancing the sub-sectors of trade. A few of these policies are the Retail Trade Policy 2017 and Haryana Textile Policy 2019.

This state is currently one of the best for entrepreneurial, micro and small enterprises. And for national as well as international trade. With its widespread popularity in the country as an industrial as well as an investment destination, Haryana needs global recognition so that the state can be developed to its full potential. This can be achieved by embracing technology and using integrated Trade platforms and online commerce.

What Separates The Professional Traders From The Rest