The Essence Of Money In An Economy 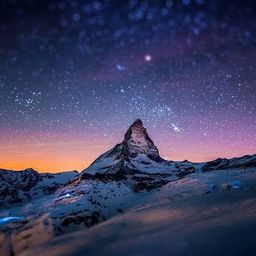 The concept of money is as old as the agrarian concepts in economics. Essentially, it is defined as any tangible or intangible commodity that mediates the exchange of goods and services by quantifying its value.

The evolution of currency shows the transformation of the concept of money from barter exchange to commodity money to plastic money and now to digital money.

The problem of double coincidence of wants arose the need of commodity money that can quantify the value of a good or service along a scale. This form of currency was prevalent in all primeval civilisations. It continues to exist as the primary form of currency in the form of metallic and paper money circulating in most of the economies of the world.

The concept of digital money is a creation of twenty - first century making the transactions viable introducing us to the new concept of 'money is what money does' indicating the new malleable and intangible nature of currency.

The concept of fiat money and roles of the central bank in an economy introduces one well to the framework of currency established in the modern society. The various regulatory measures to control the value of currency in an economy i.e. inflation, deflation and stagflation play a crucial role in deciding the value of a currency. They can be either created by market or government or by the collective action of the producers or by the collective attitude of the consumers.

The categorisation of money has mainly restricted it to M1, M2 and M3 where M1 refers to the commodity money and all easily liquefiable deposits i.e. cheque, DD. It is also known as narrow money. M2 includes assets time bound deposits, saving deposits and non-institutional money market funds that are comparatively more complicated than M1 to be liquefied, still it can be liquefied in a time frame. M3 primarily constitutes larger deposits which includes all large time deposits, institutional money market funds, short term repurchase market agreements along with other larger liquid assets. M2 is inclusive of M1 and M3 is inclusive of M2 as well as M1.

The phenomenon of creation of money by the central bank is engaging if one dwells on the need of balance between Central Bank's reserves and deposits with the quantity of currency in circulation. This is as per the minimum fiduciary system which is adopted by the Indian central bank.

The determination of the value of a country's currency is crucially related to other economies currencies's intrinsic values. The foreign exchange rate is crucial in understanding the system that determines the value of a currency in the global economy.

Monetization and demonetisation are two measures that act as effective means of regulation of the currency and cash flow in an economy.

Deliberating on the essence of money reveals that money acts as a quantifying force that determines the value of every resource. It serves as the primary force driving the global economy, sustaining it's existence.

The ways of philosophy have approached money as not a quantitative but qualitative aspect of the society referring money to the concept of abundance - 'One lacks nothing'.