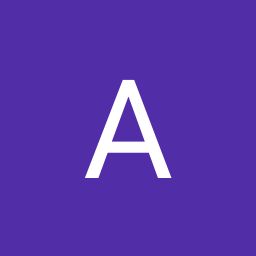 This is an evil that has subsisted among human beings since time immemorial.

In literature and in history it is shown that this evil has subsisted among people . we usually come across several people thatuse the methods of deception to make fool of others. Even in our contemporary world ,deception is extremely rampant. It is difficult to distinguish the real from the fake one. Not only in the older days but even now we come across many such reports that how the large companies and corporations , especially related to chit funds , fool their investors with the help of unrealistic schemes. Lakhs of innocent investors lose their life long savings because of the get rich quickly schemes of the companies as they are shown a pseudo dream of coming out of the problems, worries and miseries but are inhumanly pushed back to the brink of perishing.

In negotiable instruments like cheques, drafts and foreign currency notes deception is a major tool. Many new techniques are introduced by the government to ensure that their markets are not flooded by negotiable instruments or fake currency notes but so far no fool proof methodology is introduced to stop or reduce the menace. Exact copies of the originals are prepared by master criminals which is implied for documents like visas and passports.

It has become easy to dupe people nowadays as fraudsters are having a free run as they are able to escape easily without leaving a trace with the dawn of online shopping. Many cases have come up where the money is paid for the products which are bought onlinebut the consumers do not receive the goods. On several occasions defective or empty boxes are provided. It is difficult to track cyber crime criminals consequently the number of solved cases is extremely low.Consequently, tracking cyber criminals is very difficult and the number of solved cases is low.

We have read how Babur,the fiirst Mughal Emperor enticed Ibrahim Lodhi to charge jeadlong and then fall into the covered trenches on the battlefield or how Chatrapati Shivaji, the great Maratha warrier, used deception to kill Afzal Khan and harass Aurengzeb.Nobody can ever forget the deception carried out by Mark Antony in inciting the Romans from the Forum to rebel against the conspiratons who killed Julies Caesar.

In present day militiary tactics, elaborate plans are drawn out to combat the enemy. The best known methodology is to plant spies among them so they delicate information can be easily retrieved and the opponent's actions can be monitored.