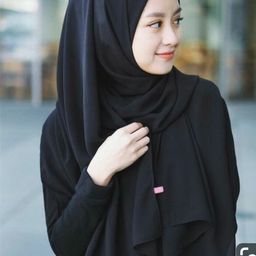 There are 10 traits of toxic parents who ruining their children’s life .

Psychologist can differentiate ungrateful children to those who have been victim of a toxic influence. For example clinical psychologist explain how the action of some parents can ruin the lives of their children. Now first of all ,it’s worth to mentioning ,that it is very difficult for any parents to raising their children.

But making innocent mistake is pretty different from exhibiting toxic behaviour toward their children. Such parents can cause massive emotional stress ,mental stress and damage to their children. This all is done without realising that it has a long- lasting negative impact on their children .

It is very important to recover such behaviour . So there are 10 Traits of toxic parents, who ruining their children’s lives .

Some parent expect their children to always perform to the highest in their ability. But when they do not receive the required appreciation from their parents .They expect a lot but give no praise for motivation in return. This is a source of the demotivation for children’s to which ultimately leads them to think that they are of no use.

Parents are often complain that their children do not share details of their personal life with them .But even when the children do share their problems, parents often share these details with relatives friends and neighbours .But this is not fair to children as it is breach of their privacy. They may have issue with trusting their parents again .

3.Want success at any cost

Toxic parents want the children to succeed at any cost. They often compare them with the children who have achieved success .This comparison kill the spark in children and even if they want to do something worthwhile ,they will think 10 time before opting for it .

4.Give instructions but don’t take ownership

Some parents want full control of their children’s lives.They except their children’s to live according to their rules and expectation, but if something goes wrong such parents are not ready to take responsibility .They blame their children for the failure .Which can makes their lives a misery.This trait of parents teach their kids never to take ownership of their own action and behaviour .

5.Keep reminding that nothing belong to them

This kind of toxin behaviour from parents can drained children’s life .Such parents keep explicitly stating that everything such as the house and the money belong to them the emotionally manipulate their children. Toxic parents are often found saying “we have done so much for you, how can you think of living us?”

Toxic parents do not allow any sort of private life of their children. Even when they have moved out into separate apartment and start independently lives .Such parents will always inquire about petty issue and frustrates . And when their children try to resist this unwanted invasion into their private life ,parents accuse them of breaking their trust and hurting their feelings .

7.keep reminding children of favor they did

Children of toxic parents are constantly told of the favour done by their parents . Initially parents them self offer help and appear to be emotionally hurt if refused .Then again and again they directly or indirectly keep reminding their children of the favour they did. Parents should realise that it will not do any.

8.Wanted children to be scared of them

9. Blame children for their attitude

Many parents made their children to believe that they are responsible for their attitude .A parents who’s a chair smokeR could keep expressing ,how he smoke because of pressure of earn for the children. Such toxic behaviour could cause psychological damage to their children .

10. Discuss children’s mistakes all the time

And that toxic parents discuss all the time the mistake made by children, while other family parents encourage their children to forget their failure.Such toxic parents also pass comment on their children physical appearance and this demoralised children and make even them feel inferior as adult children.

At last don’t waste your life by influence of your toxin parents recognise whether your parents are toxic or not ,maintain a fair distance from them if it help you stay sane but do remember that you can not completely loose contact with your parents listen to their advice but follow your own thoughts as well .