Remember To Take Consent To Be Decent. 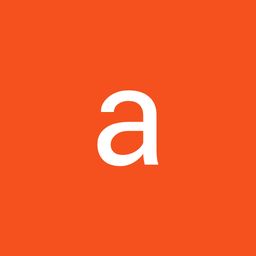 Feminism, rape jokes, portrayal of women and gender discrimination are now finding their way in joke scripts and entertainment industry. The pop culture receives its currency by rapping and linking filth with women. It is inconsolable that audience find humor in such issues.

Let me ask you this, has slut shaming got any better since the 90’s? Is the notion of “consent” getting comprehensible? Has the portrayal of women in the glamour industry getting honorable?

Consent is envisaged as the permission to something. It is one of the smallest and simplest definition I have heard but surprisingly, it is understood by none. Sexual freedom has become another palatinate that women in today’s world are locking horns with. Women without cutbacks is like waterbodies without fishes. Isn’t this pathetic?

Women are still harassed for their sex lives. That weird ickiness your neighbors give you, is still out there. It is very sad that the most eloquent and influential women have set a foot on their positions and seized their goals through the path which are dictated and directed by male gaze and patriarchal values. The fact that women are timid and need help in getting basic respect and rights is a false sense of male superiority. I believe that the only rule today, should be “consent” as men are tutored that women are always sexually available and that is what liberation means.

I desire women to abscond the passive sexual role given to them by the society and culture. Self-ownership and liberty has become more of a question for women than a concept or an idea. Women are becoming blind to authority and compulsion to an extent that they are not able to speak up in an independent situation. I want women to choose liberty. I want them to choose the path of action instead of restriction. Every force that you possess should be used for self-ownership and liberty.

Men don’t get this and end up in the news event.

Yes is a yes, and it is not written on my dress.

The option is mine, you are not on a fucking gameshow.

I don’t desire vanilla sex, don’t be in a perplex

But that doesn’t mean that you can fuck!

She sleeps around anyway?

I am sorry but this wasn’t supposed to be your hold sway!

I can see how much of a mind you have filled with dirt!

“We have had sex before?”

This isn’t an open door, where you keep a score.

You aren’t in a candy store which you don’t have budget for!

Gender always fails to realise my position and further demands for submission.

Nevertheless, I am going to burn the competition and gender will soon be seen in a new edition.

"The Effect Of Internet On Students"