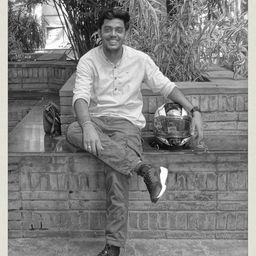 Cryptocurrency is a digital asset designed to work as a medium of exchange on behalf of money. It is a form of electronic cash. There is no banking system involved in terms of cryptocurrency. Though cryptocurrency doesn’t have any legal protection as well as not issued by any monetary authority. Still, cryptocurrency is booming so fast that no other currencies can give it a setback.

But, there are so many types of cryptocurrencies around us that it can be difficult sometimes to choose which one is best for you.

Here are the Top 5 trending cryptocurrencies of 2020  in which you can put your money and invest time to get a satisfactory and good yielding outcome.

It is one of the most popular, and you find it everywhere in the list of top rated Cryptocurrencies. Vitalik Buterin gave it in 2013, who is a researcher of Cryptocurrency. Ethereum’s service and the system are very different from other digital currencies.

Focus Point: In the case of Ethereum, the transaction cannot be interrupted, or there is no chance of fraud or mediators interference. It uses the blockchain technology to operate the virtual, decentralized application.

It is the dark horse of the Cryptocurrency world. It firmly sits after Bitcoin and Ethereum. But, its growth over the past two years is so good that we can’t skip this from our list. It can soon overtake Ethereum in the ranking. Developed in 2012, by Ripple Labs Inc is one frictionless experience to send money globally.

Focus Point: Ripple has been adopted by Banks and Payment networks and has most user-friendly features. Due to its integration with Banks and Financial service providers, it has a very bright future.

It was initially released in October 2011 by Charlie Lee. As the name suggest, it is technically inspired by Bitcoin. It is a peer-to-peer Cryptocurrency and is not managed by any Central Authority. Litecoin is the leader of ALT coins, i.e. Alternative Cryptocurrency.

Focus Point:  You can purchase anonymously with Litecoin. Due to the absence of any central authority, it can make you feel risky while choosing it. But, Litecoin is the closest competitor of Bitcoin.

It is the combination of all the top features which are present in Bitcoin and added some more features to make it the most sorted Cryptocurrency in the market. Though the market has recorded its downfall in the last couple of months, Dash will rise to 7000 USD by the end of 2018.

Focus Point: The absence of significant energy cost makes it more accessible. All the members of the community have the right to give their ideas about improving the network and vote for a decision.

Focus Point: The platform STEEMIT has grown considerably since its launch in July 2016. The number of users is less when compared to other cryptocurrencies. Hence, it can give you a much better outcome.

These are the top 5 Cryptocurrencies in 2020 apart from Bitcoin which is very costly and expensive these days. Hence, you can consider them as an alternative to Bitcoin.

What Is Bitcoin And How To Make Money?