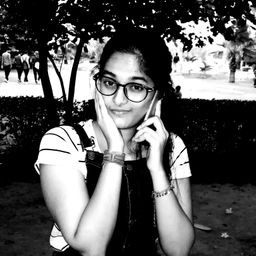 The ancient Indian beliefs and traditions have befuddled many since ages. Constantly moving towards development and technology has been a reason for the young generation to raise eyebrows over the early concepts of Hinduism practiced and believed in today. The Chakra system describes our body as an entity based on Nadis. The nadis form the dynamic irrigation system of our body. They are the source of life in our physical nature of body. The Chakra system is also taught in Buddhism and Jainism as well. Interestingly enough, it has Indo-European and Greek roots. Thus one cannot knock it till one tries it.

The Pranic system states that a human body contains 72,000 nadis. According to the dictionary, the pranic system is the ancient science and art of healing that utilizes prana or the life energy to heal the whole physical body. Each nadi is responsible to channel prana to cells. The word 'nadi' got its name from the Sanskrit root nad . The word means "channel", "stream", or "flow". Nadi activation is profoundly fantisised about in various paets of the word. Breating techniques are developed to exert influence on the flow of life within these nadis. These nadis have many junction points in our bodies that are divided into major and minor junction points. These points are pressure points that have greater power within them. These points determine the functioning of a human body. If active, the body is devoid of any illness. These junction points are what we call as chakras. The word finds its root in the Sanskrit word 'chakra' which means the "wheel" or "disk". It is the wheel of time. This wheel may also symbolize the wheel of dhamma. It should be noted with amazement that though they have wheel as their root word, the nadis have triangle meetings They are the force-centres in the human body. There are majorly seven most powerful plexuses of the body though the body is said to be consisting of 114 of such type of chakras. These seven are sought to be awakened by many. These seven are-
1. Muladhara
2. Svadhisthana
3. Nabhi-Manipura
4. Anahata
5. Vishuddhi
6. Ajna
7. Sahasrara

The first chakra named the Muladhara is physically located between the anal and genital organs of the body. It has the lowest level of all chakras. It forms the base of the body. It is related to survival. Located at the base of the spine, this chakra rests closest to the earth. People who have this chakra activated believe in the concept of food and sleep as the principles of life. They do not have much intensity of life. The color associated with it is red.
The second chakra is the Svadhisthana. This chakra determines the force of desires and pleasures in one's life. One with an activated Svadhisthana lives life with pleasure. Many relate it to the sexual desires but it can also determine the way of life for many. It lies physically in the lower abdomen above the genital region of the body. The color associated is orange.
The third chakra is the Nabhi-Manipura. It is higher to Svadhisthana. The color associated is yellow. It allows you to control your destiny, feel your power and accomplish your dreams. If you have an activated manipura, you are a doer in the world. You believe in the concepts of hardwork.
The fourth chakra is the Anahata. The color associated is green. It is our heart center. It is responsible for our feelings. It is also termed as a creative center. You tend to have a creative mind and soul with an activated Anahata. It also makes the person live life with much more compassion and intensity than any other lower chakra. It is the symbolism of the two triangles meeting- the upper and the lower, each consisting of three chakras. It shows the transition of chakras from the principle of survival for the lower three chakras to self-preservation of the upper three chakras.
The fifth chakra is the Vishuddhi. It physically lies in the throat region. It forms our power to convey and communicate our thoughts and opinions. It makes a person powerful in soul. The color associated is blue. It is what makes a person rise from survival to something much more. It makes a person levitate as a soul.
The sixth chakra is the Ajna. The color associated is indigo. It is what is called as the 'third eye' by many. It means that a person sees the world and the things as they are in reality without being deceived by their eyes and emotions. It lies physically in the region between our both eyes. If awaken, it makes an individual reach the utmost possible chakra possible by a normal human. Many say it gives peace to the person. It makes the human estatic yet peaceful . It represents spiritual connection.
The seventh chakra is the Sahasrara. It is not possible by any normal man to reach this state as it makes the man estatic to another level. It is associated with the color violet. It is located outside the body or the uppermost portion of the body. Not many have been able to awaken this chakra.

Awakening these chakras can help a man lead his life in the most peaceful as it act as a conductor for superphysical vibrations. While the man is awake, his psyche powers are unfolded.