Guwahati : Home Of The Mighty Brahmaputra 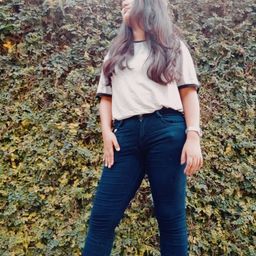 Perched on the banks of the Brahmaputra river, Guwahati is one of the fastest growing metropolitan cities in India. Situated at59 metres above sea level with the population of about 2.29088 million this city encompasses an area of about 328 square kilometers. The city is hidden by the veil of clouds and surrounded by the hills, dissected by the Brahmaputra himself. Pleasant climate can be witnessed throughout the entire year with moderate to heavy rainfall as monsoon has made a home out of this city and not a month goes by without a heavy shower from the heaven.

This city dates back to thousands of years initially famous as ‘Pragjyotishpur’. This city has witnessed several changes ever since the Ahoms and the British, under whose regime the city got its current name.

Majuli, the world's largest river island basks in the heart of the Brahmaputra itself. Frequented by tourists all year round from all around the globe, this place is truly a sight to behold. Enriched with its flora and fauna, this place is a true heaven for birdwatchers as many exoctic birds from all over the globe migrate here during the seasonals and another thing it is infamous for is its age old Satras or monasteries created by the Assamese saint Mahapurush Shrimanta Shankardeva.

Some temples still exist in city that go way back in Hindu mythology. One such example is that of the Kamakhya temple. It is one of the oldest Shakti Piths to exist till date. Hordes and hordes of people visit the Nilachal hills during the Ambubachi Mela which is a three days event where they worship the menstruating goddess Kamakhya. This holy shrine breaks all the barriers regarding the menstruation taboo where in other parts of the country it has always been a topic to be spoken about behind closed doors.

Another such marvel is the Navagraha temple perched on the Navagraha hills. The temple of nine planets as they say, the interior of the temple is totally dark with the divas being the only source of light. Sculptures of the nine planets are strewed all around with the sun god being in the center. This temple offers a great view of the Brahmaputra river with gusts of gentle breeze going around all day. Jam packed with monkeys you truly need to watch out for your prashad as they are quick to latch onto it and run away, other than that they are pretty harmless.

With the onset of spring the city is painted in hues of red, yellow and pink flowers.The Assamese New Year is right about in the corner and lots of merrymaking in the process. People dance to the beat of Dhul and dance the traditional Bihu dance laden in red and gold silk Mekhla Chador.

The scent of several Assamese delicacies waft called pitha in local tongue wafts around the street and if you haven't ever tried them then you're in for a treat.

The monsoon forever welcoming tourists with its breezy downpour. This city is one true wonder awaiting to be unveiled, shrouded by the blanket of clouds and hills.