The Pandemic In Sight 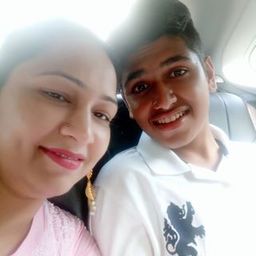 Context-Readers,the following text was written during the Corona widespread across the globe and people were forced to quarantine themselves. This was in the midst of this shock, when India had been revolting against the reforms in the constitution(CAA, Article 377, etc) and people begun blaming the pandemic for the stress despite the fact that the normal world was no better.

The biggest relief is when you know you could do nothing about it,

But here we stand amidst the remorse of our fellow beings,

Instead of running from the dawn of truth and reality,

You must realize the silent world in their beds,

Have blemished all that’s left and nothing left behind……..

I neither believe in lord nor it in any kind,

For it’s a cycle of emotion that revolves by,

Yet we say this is the revenge of thee.

But I have known, there is no “crust” inside,

And what is within, wasn’t washed despite the deadliest hails,

‘Us’ the puppets of logic, its shame to have not understood this straight.

It is not the mud of the Ganga once overflowed,

Or the rocks of the Pacific that tremors a typhoon,

Long have pallets of insecurities and religious barriers lived,

Unlike the peace among st the minds and bliss.

Now does the blind lady see the 3 countries,

In the lap of Allah and where they could be “free”,

Free of the humiliation, clenched by colonial fists,

The fetish of mankind lay in the bard of blood,

Down the Ganga into streams of sluts,

And soon the world shall know, if not Ozymandias,

Today, our so-called elected leaders have the kinged the kings,

why not for their cruelty, but their wisdom I despair?

A solitary dream and a million minds,

The crop for alone he plights.

Praveen Shankar
Praveen Shankar
125 views
Mahrima Occult  •  1y  •  Reply
SPIRITUAL GRANDMASTER OF MAHRIMA BROTHERHOOD +2347066504800 Fear and anxiety has drone so many people back to unfulfilled dreams and make their quest for wealth and power shambled, it is thing of fact that money ritual Occult is not and can never be a sin because Occult is still a religion despite what ever others are thinking and Mahrima Brotherhood is here to give life to that dead hope of acquiring your desired wealth,fame and power without human sacrifice. Contact the Spiritual Grandmaster of Mahrima Brotherhood now at +2347066504800. The wealth of this life goes to those who deserve and desire it by their decision of breaking the wicked chain of poverty. It is actually a thing of fact that poverty is real and it's not your fault that it exists but however will be your fault and greatest mistake if you allow poverty to exist in your life because of fear. Only the brave makes the move to liberate himself from humiliating nature of poverty... +2347066504800 You can be rich, wealthy, famous etc without human blood@ MAHRIMA BROTHERHOOD contact the Spiritual Grandmaster now +2347066504800 The desire to remove the garment of poverty rest on your shoulder and I will advise you do so now by being an initiated member of MAHRIMA Brotherhood. For enquiries, contact the Spiritual Grandmaster now@ +2347066504800. The men of the world can only see within the limit of the eye and the things of the spirit are meant for the spirit to see. You can never be that wealthy,rich and famous without controlling the Spiritual wealth and fame that Lusipher the Great Spiritual father offers to those who are humble to him. You have been admiring the wealthy people around you and wish to be so wealth or more than they do but you are yet to discover the Secret of WEALTH. There so many things known by the rich and the wealthy which the poor don't know and don't want to know because of their unnecessary fear. The secret to what you seek is @ MAHRIMA BROTHERHOOD. Call now for enquiries +2347066504800.
Tanishq Upreti  •  1y  •  Reply
I have always tried to end my poems with a cuplet, keeping the ideas I wish to convince my readers in the simplest way possible and I regard this as an achievement, for this has been recognised by wise readers like you
Samiah Fatima  •  1y  •  Reply
"A solitary dream and a million minds, The crop for alone he lights". The epitome of beauty....!!
Rekha Upretii  •  1y  •  Reply
Each word comes with so much detail, concern and intensity and looks you haven't finished yet...Great Job!!Keep sharpening yr craft.