When Thousands Of Abandoned Rape Kits Were Tested In Detroit 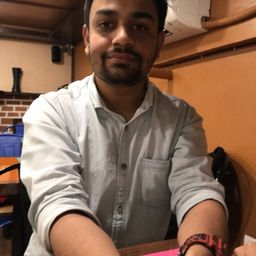 In November 2009, 341 Untested Rape kits, carbon dating to 1980s were found in Detroit’s abandoned warehouse which was usually used to store evidence by the police. It was when this case started that people came to know about it. The prosecutor Kym Worthy designed a plan for justice of several affected victims. She inspired people of a different genre that how her office had provided her the best support to speak for those victims and help them out in providing justice.

Approximately, 600 kits remain were found with 130 rapists convicted. Maria Miller, a spokeswoman for the Wayne County Prosecutor’s Office, said the remaining 614 kits have been shipped to Bode Cellmark Forensics and Sorenson Forensics, two out-of-state labs, for testing. One of the rape survivors, Tiffany Piggee- Taylor said that she was raped in 2003 but the impact had lasted till now and she was happy to hear that justice would be granted to those who suffered. She was also the one who financially supported the programs for sexual assault survivors to bring a new reform in the government. Her efforts turned over a new leaf for those kits that were left untested in many different cities.

This case brought everyone including the practitioners, forensic nurses, forensic science and the victim all under the same roof.

The power of DNA

Seriousness during DNA tests lead to the assurance of rape charges on a man who sexually harassed a woman in a homeless shelter. Thereafter, they also came to know that he raped many other women and was set free due to the carelessness of the authorities regarding the untested rape kits. To make people aware of this incident a documentary named “I AM THE EVIDENCE” was also telecasted on HBO. The documentary focussed on the negligence done in preserving the evidence. It highlighted that even after the presence of DNA test people couldn’t get justice. In addition to that, it also provides the rape survivor’s experience following the fates of their kits and re-enacting in their justice process. The documentary provides an insight into the behavior of authorities, how they dealt with the victims and it was quite disheartening.

The DNA test lightened the hope of victims to fight for their justice and at the same time instilling the feeling among the responsible authorities that they should not be derelict towards their duties as there is someone waiting for the justice. Former Vice President Joe Biden spoke on the impact testing rape kits that if the DNA tests would have been done earlier at least one other rape could have been prevented, perhaps more. More than 50% of the cases were solved after this and testing rape kits became one of the topics of national priority.

Stand Up Strong For Yourselves Ladies

Difference Between The Manual And Automation Testing