15 Bengali Movies That I Think Are A Must Watch 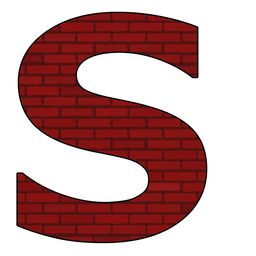 Like Bollywood, the Bangladeshi Bengali film industry is supreme in its community and at an international level. Many authors, filmmakers, and directors regard Bengali movies as a big platform for establishing great stories for Indian viewers.

Besides, TV shows and other stage dramas, some of the renowned movies released so far in Bengali format that one must watch:

This was one of the most popular Bengali films that hit the top charts in the year 1969. The storyline is very entertaining yet dramatic. The story revolves around a boy who can’t sing like other fellow natives of his village. Due to his bad singing, he was exiled to the forest. To watch this movie you can visit the online portals where online streaming is easily accessible.

This movie was released in the year 1955 based on Bibhutibhushan Bandyopadhyay’s novel. It defines the traces of Apu’s life who was a native of a West Bengal village. The story is based upon the transformations taking place in India integrated with difficult times.

It is a Bangladeshi Bengali film that has a character resembling Sherlock holmes. It was based on the novel written by Satyajit Ray and came in different series. It has a fantastic portrayal of Bengali culture.

This Bengali movie was released in 1960 based on the 1947 partition that took place between India and Bengal. The film was written by Ritwik Ghatak who also directed the movie. However, Meghe Dhaka Tara was also based on a famous novel by Shaktipada Rajguru.

In 1973, this film was featured in the New York Times Guide stated under the best 1000 flicks that are ever made.

This is a classic movie that was released in 1980. It is a visual treat for the Bengali film lovers as it has a very strong storyline starring Smita Patil.

Uttam Kumar is one of the famous actors of the Bengali film fraternity. He worked with Satyajit Ray in this film in the year 1966.

Suchitra Sen worked in this film in the year 1957 and people remember it because of the stupendous debut acting of Uttam Kumar and Suchitra Sen.

In the year 2002, another popular delight Bangladeshi Bengali film hit the charts known as Matir Moina. The famous flick is completely dubbed in the Bengali language and it has very well portrayed the Bangladesh Liberation war.

The Japanese Wife, a beautiful heart touching love story starring Aparna Sen was released in the year 2010. This movie won a National award for its storyline and screenplay.

Some more movies which have won the hearts of many in the Bollywood, as well as other film industry platforms, are as follows-

So, if you are planning to watch the above-mentioned Bangladeshi Bengali films in your comfort zone, then install the android application designed for watching movies on Smart TV and smartphones.