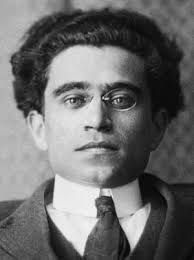 It has been a well established fact that Mandala and Kamandala are an integral part of Indian politics. Identity politics is not fundamentally bad, for example the movement led by Martin Luther King or pre-independence Dalit movements in India. It becomes a poison when the rhetoric shifts into a "me vs you" narrative which is undemocratic, unethical and anti-national.

Religious Fundamentalism is based on the belief of knowing the knowledge of ultimate truth and ultimate morality, that there exist only a single path to reach the divine destination. This idea, is challenged by the post-modernist scholar such as Friedrich Nietzche who reject the notion of existence of any such thing as ultimate truth/ ultimate morality. The idea prevalent in the post modernist discourse is that morality and truth depends upon time and space. For example, it is considered ethical to have a women killed in Somalia if she had been raped. In other parts of world, this practice is a violation of human rights. The practice of Untouchability in India is an example of how morality depends upon time.

Bishop John Joseph wrote a letter titled “The challenge of religious fundamentalism and violence to social harmony” to the world six days before he commited suicide in a protest against the killing of a christian man in a Blasphemy case in Pakistan. In the letter, he held that religious fundamentalism is characterized by rejection of rationality and is against the idea of human co existence. Since the fundamentalist control the schools, there is a continuous supply to their cadre.

He held that the first victim of religious fundamentalism are the minority. The fundamentalist party depict the minority as dangerous to country and society. The second victim are women who are considered to be evil, weak and stupid. The last victim are the people who have secular, liberal and enlightened outlook i.e., those who dissent against the fundamentalist party. Bishop also emphasize that there is a lot at stake to wait for the moment to pass and to-know is to bear the responsibility to act and to act is to bear the responsibility to change the society for its benifit.

The essence of democracy lies in its people. The Greek philosopher Plato held that state is nothing but an individual with respect to large. Therefore it becomes the responsibility of citizens to safeguard the fundamental principles on which this country was founded. Quoting Robert Kennedy

"It is important today that we recognize that those who live with us are our brothers, that they share the same short moment of life, that they seek as much as we do, nothing but the chance to live out their lives in purpose and happiness, winning whatever satisfaction and fulfillment that they can.

May god save us from half of the people who think they are doing god’s work.

Prithviraj S .
Prithviraj S .
1 view
Bhaskar Mishra  •  1w  •  Reply
Hi I've been writing since 2 months. On this amazing platform www.thesocialcomment.com this is not only restricted to writing but also allows you to post your artwork projects and skill video. I thought to share this information about this platform with you will be helpful. Because even you can create your virtual portfolio and earn internships.