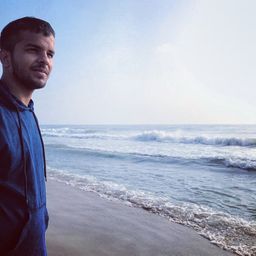 Nation state is a much recent phenomena. We can sense its origins from the works of The Prince by Machiavelli, but it was only in 1648 in reference to the treaty of Westphalia that nation state got a recognition in the modern era. Nationalism seeks to create a uniform national culture through state policy. The oldest theory of state is associated with the organic theory according to which State is a natural phenomenon. Aristotle, the father of political science has called man to be a political animal. The state is created because god has made men insufficient. State is the result of man’s socialization. There are other idealist such as Hegel who referred to state as “The march of god on earth”. However the most subtle theory with respect to the origin of state is the “social contract theory”, according to which men came together and formed the state to get out of the misery faced by them in the state of nature. The negative and neo-liberals refer state to be a necessary evil. The anarchist considers state to be an unnecessary evil while communist and leaders such as Mahatma Gandhi talked about a stateless society. Not until 1648, did we come to know officially about what’s a nation state.

The philosophy of Nationalism vs Patriotism

Human thoughts behave in highly irrational manner. The fundamental base of our cognition system is belief. The internal feeling that something is true, even if it is unproven or irrational. We can divide our belief system into core beliefs and periphery beliefs. The core beliefs are the things that we strongly believe. We add emotions to our core believes, we get a value system.

Let’s take an example of a kid, whose father takes him to a republic day parade every single year. The core belief “ to love the country” will develop in the kid. Now with the addition of emotion the kid is likely to develop a value system which is known as patriotism.

Patriotism is the condition where emotion equals rationality. When emotion exceeds at the cost of rationality we become nationalist. The rhetoric of i love my country changes into my country is better than your’s. Philosopher Aristotle has said that “ The golden mean is the golden rule” thus refeering to mediation as the law of nature. The negative aspects of nationalism has made the Europeans believed in the “ White man’s burden” and Germans, in the “supremacy of Aryan race”. Amidst these George Orwell referred to nationalism as the biggest enemy of peace. Therefore it is important to acknowledge that one needs to be a patriot rather than a nationalist as in the words of Sydney J Harris

Secrets Behind Experiencing What We Were Already Knowing