Lucid Dreaming : Why & How You Can Control Your Dreams 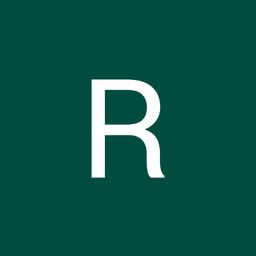 When was the last time you had a dream in which you could do anything you pleased, like walking on water or spitting fire? Ever wondered how you were aware of yourself in your dreams, and could synthesize your own fantasies and inhabit them just like in a movie, far from reality? This phenomenon is called lucid dreaming, and it’s one of the most intriguing activities of the human mind and deepest aspects of psychology. It is the interplay of abilities stored in unused parts of your brain while you’re sleeping. One can do anything he longs for in a lucid dream - you must have had some dreams in which you remember having made conscious decisions. Here’s an irony - The term ‘lucid’ means clear, yet the underlying cause for lucid dreaming remains ambiguous. How & why lucid dreams are produced are common questions being answered by researchers.

First of all, what’s the difference between a normal dream & a lucid dream?

In a normal dream, we have no control or awareness of the dream. In a lucid dream, we do. Our minds have the ability to control the narrative, characters, environment and somehow create and manipulate occurrences the way we want, while being conscious of the realization that we are dreaming. The movie ‘Inception’ revolves around this concept.

In 1988, Snyder & Gackenback conducted a survey stating that 20% of people claimed to lucid dream frequently (every month) while 50% of people had done it at least once in their lives. Thus, its rarity is not high.

How is a lucid dream produced?

Tibetan Monks have used dream control for more than a thousand years, in the philosophy of dream yoga.

The phrase ‘lucid dreaming’ was coined in the 1800s.

The concept of lucid dreams became popularized by Celia Green in the 1960s who pointed out the scientific potential of self awareness in dreams. She was the first to make the link with both REM sleep and false awakenings.

The first scientific evidence of lucid dreaming was produced by a parapsychologist in 1975, involving a process of capturing the predetermined conscious eye movements from a lucid dreaming volunteer.

The first proof of lucid dreaming was generated in the same year- A sequence of left-right ocular signals (signals from the eye to the brain), recorded using a Grass polygraph. This proof gained huge popularity.

To sum it up, lucid dreams are real dreams occurring in rapid eye movement (REM) of sleep, and that lucidity is consistently preceded by a REM burst.

What occurs while you have a lucid dream?

A lucid dreamer has consciousness & awareness of the dream.

The five senses of sight, hearing, touch, taste, and even smell are often utilized in such a dream. can feel sensations like pain & biting cold, and have physical reactions such as tears, in a lucid dream - but usually only if your awareness is specifically tuned into that sensation.

Here are some personal instances of actually having physical sensations in a lucid dream.

I have a very frequently occurring dream in which I actually see a cliff top-like terrain I’m riding a bicycle on, and I can navigate around it just like in real life. I wake up with a mild jolt whenever I ride and fall off the cliff in my dream.

I’ve also nearly lost a loved one in a dream and woke up crying, and been gravely stung by one of my own fictional creatures. It’s pretty jarring, if you’ve experienced it before.

Lucid dreaming can sometimes result in sleep paralysis - which prevents our body from acting out the dream during REM (Rapid Eye Movement) sleep - which may last even after the dream has ended, inability to distinguish the real world from the dream world, being trapped in a dream, and more.

Moreover, lucid dreaming remains one of the most mind-boggling activities of the human brain, and a powerful psychological tool. It can be a mode of unexpected self-discovery, escape from the real world, or a way to test the universe’s limits. So the next time you dream, you’ll have a chance to embark on an adventure of your desire - while you’re still asleep - with no consequences.