Are There Vitamins Or Supplements That Can Help With Higher Energy? 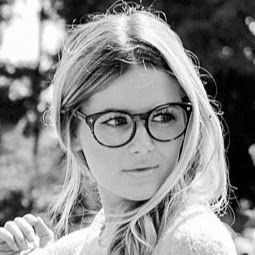 When it comes to our energy levels, we all know there is no quick and easy fix. We fall into a vicious cycle way too easily - a poor diet, sleepless nights, and high-stress levels daily. All this takes a toll on our health.

But it also leaves us drained, with no energy to make any kind of change in the opposite direction.

A simple vitamin or supplement pill won't give you a big-time solution, but it might be enough to lift your energy levels so that you can break the cycle.

Here are a few supplements that could make a difference.

Also known as arctic or golden root, Rhodiola Rosea is a herb that grows in cold regions such as certain mountains in Europe and Asia.

With more than 140 active ingredients, this root is considered an adaptogen, meaning that when consumed, it can increase your body's response to stress.

This herb is widely used in Scandinavia and Russia to relieve anxiety, depression, and fight fatigue.

Several studies have proved the adaptogenic benefits of Rhodiola Rosea in boosting energy. One survey of 100 subjects found Rhodiola effective in reducing stress-related fatigue, with fatigue symptoms decreasing after a single week of using the supplement, and declining significantly during eight weeks of study.

CoQ10 is great for boosting energy levels in our cells. This compound, better known as coenzyme Q10, is produced in our body naturally and stored in the mitochondria of our cells. The cells then use it to create energy and protect themselves from oxidative processes. As we age, levels of CoQ10 start to decrease.

And with low levels of this coenzyme, your body can't produce enough energy to stay healthy, resulting in fatigue.

CoQ10 is found in fish, meat, and peanuts, but not in amounts that could affect the levels of the compound in your body.

While taking it as a supplement is beneficial for people with lower levels of the enzyme, don't expect it to affect your energy if yours are already adequate.

The evergreen shrub of Ashwagandha grows in certain parts of Africa, the Middle East, and India. Its berries and roots have an important place in Indian Ayurvedic medicine as an ancient anti-stress medicine.

Like Rhodiola Rosea, Ashwagandha is also an adaptogen or a plant-derived substance that helps the body fight stress, resulting in improved energy levels.

Studies show a significant decrease in cortisol levels and several other stress and anxiety metrics in people who took Ashwagandha.

Some studies even suggest that Ashwagandha can relieve fatigue caused by exercise, and improve endurance, as elite cyclists taking Ashwagandha daily were able to cycle 7% more.

However, as Ashwagandha may interact with certain medications, such as sedatives or immunosuppressants, it's best to consult your doctor before using it.

Creatine may be just what you need when you're in the mood for short-duration, high-intensity training, and a quick source of physical energy.

That's why this supplement is top-rated among bodybuilders and athletes looking for ways to increase their performance, gain muscle, and build strength.

When taken as a supplement, creatine gives your muscles more energy, enabling more work or volume during a single training session. Creatine also changes the way your cells function, thus allowing your muscles to grow.

A study shows that in well-trained athletes, 28 days of taking a creatine supplement led to a 15% increase in bike-sprinting and a 6% increase in bench-press performance.

Muscle fatigue is a very common symptom in people with "sunshine vitamin" insufficiency, affecting half of the worldwide population.

However, certain groups have a higher risk of being vitamin D deficient, such as:

As vitamin D deficiency is linked to muscle fatigue and depression, leading to mental fatigue, supplementing it can ease these symptoms and improve your energy levels.

Iron is a mineral that plays a vital role in creating energy from nutrients in our bodies. Most of the iron is in our red blood cells that transport the oxygen from our lungs throughout the body. Without enough iron, red blood cells can't do their job properly, which results in iron deficiency anemia.

Iron deficiency is another reason for lower energy and fatigue levels, and it's more common in people who are:

Taking iron supplements may correct this deficiency and relieve the symptoms, but only if they're taken in the dosage prescribed by a doctor.

If your energy levels are so low that you are unable to make a positive change in your life, some vitamins and minerals may give you the boost you need. To reap the benefits of these supplements, consult your nutritionist or doctor, and ensure they are safe for you to use them.