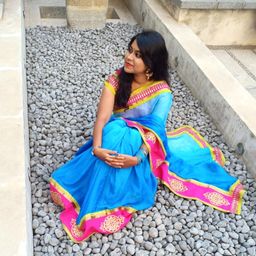 Women who were asked not to step out of the house before 20 years works on night shifts in IT now.
Women who were denied of rights to vote till 1919 is now an IAS officer, chief minister, president and what not. Women, who were told that cricket is not for girls to play, took my country’s Indian cricket team to finals against Pakistan. We have come a long way. Aren’t we?All this is Feminism right?

When we are denied of entering the temple, cooking in the kitchen or sitting on the chair during periods,we get so furious and irritated saying we deserve equal rights as men and bleeding doesn’t make us any less or inferior. My dear women let me break this down for you.

You were not allowed to enter into the temple because in the olden times temples were constructed in such a way that the flow of positive energy was upwards. During periods the flow of energy from our body is downwards. Hence, when we enter the temple and when the positive upward energy meets the downward energy of our body, it is prone to increase our body cramps more and also affects our ovaries. You were not allowed to cook in the kitchen or sit on the chair because of basic sanitation. Remember we never had pads or tampons in those days and women used to use clothes. So let me make it clear that all these were brought in to the system to help you. Although as days went on the whole positive content started to fade and all this is viewed as trying to put the women down.

Media is showing such negative image about women. Famous actors try to put down women in their song, dialogues and movies. My dear women let me tell you that it is none of our business to react to it. The dog barks and barks and it is better not to react because the dog will eventually get tired of barking.

Women of the millennial generation have started to consume alcohol, tobacco and marijuana.
We all started it saying women deserve equal rights as men. But when will we understand that feminism is not about repeating the same mistakes as them.

We say we need equal rights as men but why do we still enjoy 30% reservation for women in jobs, demand for special seats in bus, free entries in pubs. Where did the concept of equal rights go when we are being offered benevolent offers? Yes, these were all started to empower women. But this shouldn’t go overboard depriving men of their basic needs.

Why should the men always pay for dinners and movies when we are equal to them and earn as much as them. Why should we blame men for being emotional or losing emotional stability when they are equal to us and deserve equal rights to let out their feelings. Let us try to think and reframe our thoughts about being empowered.

Yes, women equality is an illusionary glass which seems like it is there but is it really there is a matter of question. But remember we have come a long way and there is more to go. We shall by tomorrow inherit the world.

May we women all grow and evolve inculcating good values, contributing more to the society, being selfless as usual but remembering to also satisfy our needs.