Northeast - The Neglected Children Of India 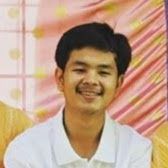 With the beauty of hills and the magnificent Brahmaputra, the northeast is a touch of heaven on earth. The most varied gateway of cultural and religion diversity in just a mere 262,230km² is a beauty to behold. Consisting of seven sisters and one brother, the entire region stays neglected in some way or the other. The secularity of religion with their respective identity and to sustain itself with harmony is an exceptional characteristic the northeast region holds.

However, the cultural and traditional difference has somewhat less made identity crises for the northeastern habitats from being an Indian. Why such crises occur? The constitution defends the identity for the whole nation but still there exist a feeling of isolation from the rest of the country. Has this resulted in exclusiveness from the rest? The cultural and traditional means can be traced back with similarities to the other Asian countries. The well known facial and physical features can be compared to that of the Mongoloid race. This does not match with the typical Aryan or the Dravidian race which the Indian is very well known for. When looked inclusive aspect, northeast somehow lacks behind because of its indifferent characteristics. With long history of the Ahom kings, the present and the future of the northeast region is on the threshold of negligence. The most fascinating results is how unaware the people of other parts about the existence of the seven sisters. Arunachal Pradesh, Assam, Meghalaya, Nagaland, Manipur, Tripura, Mizoram and the youngest of them all Sikkim. All these states are on the verge of threat from external sources in order to destroy the peace and harmony. All anti-national activity, prone to indulgence of border countries, illegal activities and lack of proper central authority has led to itsdegradation. This is not only the fact but the exploitation of many common people by the authorities has resulted in less trust towards the people.

The political history of the northeastern states still exists like a spark amongst the hearts. The political unjust during the independence movement is one of the most major factor which still exist as an anti-element to overcome. The characteristics of ignorance by the authority and the unheard voices have led to the creation of more complex situations. Some states demands for a separate nation and some states demands for an inner line permit. Has this situation created more exclusiveness characteristics of the people? The answer is a perplex but the only solution that stands for now is to unite and understand instead of ignoring sitution. This requires a stonger hold of communication from both the ends and full on co-operation. In the end, which ever part of the country it is. India is only contry which can hold such variations and learn to understand the need of its people.

About Nature Hunt Tours And Travels