Happier By Marshmello And Bastille 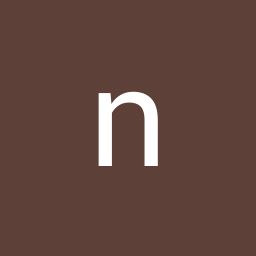 Have you heard the song “happier” by Marshmello and Bastille? If you haven’t, hurry up and listen to it. This song is very catchy, although all the songs that are produced or written by Marshmello are very catchy. The song got the second rank in both the UK singles chart and the billboard hot 100 in 2018. The song was originally written for the singer Justin Bieber but the songwriter Dan Smith, who is the frontman of the band Bastille, chose to keep it for his band. The song was a hit as soon as it was released.

The song is very realistic. It talks about the kind of love that makes you take the hardest choices easily, just so that you can see the person you love to smile again. It is really rare to see someone care for another person so much that they are willing to go to the end of the earth and back just to see them smile. Sometimes the hardest choice to make is to leave the person you love so that they can have a better life. Sacrificing your own happiness for the one you love is something that is very hard to imagine or understand for people who have never felt it.

There are not many who would be able to leave the person they love, even when they know that it was the only way to make them happier. It is one of the hardest decisions to make. sometimes the decision you take doesn’t feel like the right thing to do because wouldn’t you be together with the person you love? After all, leaving them behind is the hardest decision. Also, it is always a possibility that the person you love will find someone else, and knowing that is what would tear you up the most. Something’s are just not for your control, like the future. Having an end is what makes it have value.

we can control our life just as much as we can control the see (unless you are the son of Poseidon ). not knowing the future is both hard and wonderful.Sometimes there is nothing we can do but try to save the ones we love from drowning with us because we know it is the only choice that will give them another chance. that is what makes love so beautiful. That is why this song is popular.