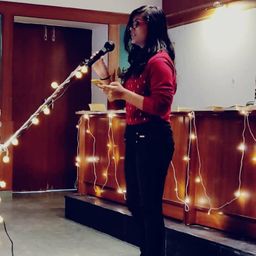 CAB(citizenship amendment bill) act 2019 is the alarming topic these days to discuss. Parliament amend the citizenship act of 1955 to provide Indian citizenship to illegal migrants from Afghanistan, Bangladesh and Pakistan, who entered India on or before 31 December 2014. This bill also relaxes the 11 year-requirements for citizenship by naturalization to five years for these migrants. And this act excludes ‘Muslims’. The law flak from opposition parties like-congress(who said that it would create communal tensions and polarize India) in Rajya sabha. And These provisions of the bill will not apply to the tribal areas of Assam, Meghalaya, Mizoram and Tripura. This bill is highly criticized by United States commission on international religious freedom. Some critics held that it legalize religious discrimination. This passage of bill caused wide level protests in India. A petition opposing the bill was signed by over 1000 Indian scientists and scholars. Indian Union Muslim league filed a petition in supreme court to declare the bill illegal. Assamese organizations says that as a result of the bill the burden of illegal migrants will be passed on to the state alone.

After the bill was cleared on 4 December 2019, the Internet was shutdown in the north-eastern state of Assam and curfew declared in Assam and Tripura due to huge protests. In Dispur , thousands of protesters broke down police barricades to protest in front of Assamese legislative assembly building. Demonstrations were held in Agartala also. However, even the army had to be called upon to deploy as protesters defied those curfews. Railway services were suspended and, some of the airlines started offering to reschedule or cancellation fee waivers in those areas. There is officially reported that at least two people died after clashed with police in Guwahati, Assam. No play was possible on the fourth day of the cricket match between Assam and services in 2019-20 Ranji trophy because of the protests. Indian Japan summit in Guwahati, which was supposed to be attended by Shinzo Abe was also cancelled. Opposition to the bill stems from fears that it will give legitimacy to illegal migrants in India. This bill simply has led to a political backlash in Assam and caused unrest in the rest of North East, with protests by ethnic Assamese groups. Now, these protests are spreading throughout the country. People making their voice against the CAB and protest against the BJP government. Now the centre simply trying to woo the ethnic Assamese by promising to look into the Assam accord of 1935 to ensure that their linguistic and cultural identity will be a safeguard and also said that the burden will be shared by the entire country, with the centre willing to help to implement.