5 Things You Have To Do In New York City 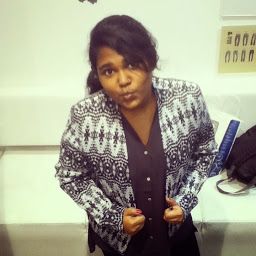 This article comes from a person who has been to New York four times with different kinds of people. I have been there by school trips, by family vacations and one as a solo trip. There are a few things I do each time during my stay in the NYC and some things I have done just once. One the other hand, there are a few places that I have just read about and I’ll probably try to visit during my next stay in the Big Apple. I have skipped many things that tourist generally do, like Washington Square Park, World Trade Centre, Ground Zero, Empire State Building, The Oculus, Wall Street etc. These places are bound to be on your list. Whereas I have a task list in particular the things I wish to do in these places. So, without a further ado.

Like the name suggests it’s a park, but a giant one. If you want to explore the whole park then I will suggest to rent bikes for probably two hours, you can rent them for an hour, that’s what I did. But it took me twenty-eight minutes to reach halfway around the park and had an uphill ride to reach the rental place and I barely saved myself from being charged extra. Columbus Circle is nearby, which is a great place to check out. But my prime recommendation would be to visit the park after lunch and take a nap in the grass. It was one of the best naps I have ever had and since the first time, I have been doing it ever since.

Tell me something, you expected this to be at the top of any list, right? But here’s a twist in my version.You should go to time square, but go there twice in the same day. Yes! Twice in the same day. One in the morning and one at night. I can’t emphasize on how important it is to do this, twice in a day. You will not believe how a city can change in a couple of hours. Another thing that I recommend, is to get a slice of New York pizza and sit on those giant red staircases and just people-watch while eating your slice and maybe get a can of soda too. Trust me that’s going to be an experience you won’t forget. You’ll hear so many people talking that you are bound to find someone from your country.

It may not be something that might be on your list. But according to me, just taking the picture of the bridge isn’t good enough, you have to walk at least one of the bridges. The pictures taken on the bridges are on point too. It’s really peaceful and refreshing. There are three bridges that provide an aesthetic view. There’s is the Brooklyn bridge, the Manhattan bridge and the Williamsburg bridge. Or you can just remember ‘BMW’ for the three bridges. Most touristy places in New York have a ton of people. But the pedestrian walkway of these bridges usually don’t. Yes, there are people but not like the crowd at times square. You can even bike across it, if that’s your thing, but the bridge isn’t long enough so I'd suggest walkang.

This by far is the most bizarre thing you must have read in any travelling log, magazine, blog or anything. But yes, Starbucks. So, the reason why this made it to my list is pretty complex and very necessary. So, coffee is great and affordable, if you belong from a country that had Starbucks coffee at really high prices. But when you are on a trip chances are that you are going to be out all day, you must have had breakfast at your hotel and the next time you’d be back would be when you’re about to crash. You are going to need a washroom, to do your business. You can do that at Starbucks. Okay, maybe not all Starbucks have a washroom but most do, and you do not have to buy anything to use the washroom. Also, if you are travelling by yourself, you might need a place to sit down and recharge and the free Wi-Fi doesn’t hurt.

Usually Ellis island is mentioned with Statue of Liberty. You might think that why didn’t I just mention Statue of Liberty as it makes a debut in all lists in the first five bullet points. But no, this list is unusual and amazing. So, you don’t have to pay any extra money for Ellis island, the ticket to Liberty will do just fine. So, what you can do is buy the tickets at the fort proceed to the security check line and get on the ship. Yes! Go to deck and do not sit inside, they are always open no matter the season, if it’s raining invest in a poncho and go onto deck, that has the best view ever. Go to the Statue of Liberty, they have a new museum on the Liberty Island which opened in 2019. You can get the audio guide, but I suggest against it, its going to be hassle putting it on and off for getting pictures clicked. And then go to Ellis island, which is the next stop. If you have immigrated to a different country or know someone who has, its going to be an eye-opening experience. So good that I’m not even going to elaborate on that point.

So here you go, things you have to do in New York. I hoped you enjoyed that and at least something from this list might have been handy.

5 Bucket-List Trips You Have To Take In Your Lifetime