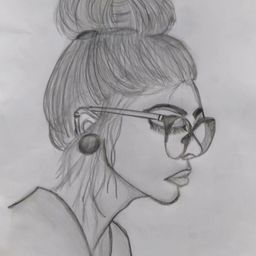 Perhaps the mention of periods and sex to a 10 year old might not invoke anything else except the subject period in the class room and the state of being male and female.

And I was no different

This happened when I was about 10 years old. And at 10 years, I did not even know that the term sex had another meaning, let alone know about the functioning of the female reproductive system. And I did not have any sisters, just a brother who was eight years younger to me. And, my mother had a hysterectomy just after my brother was born, so even she did not have those monthly visitors.

I loved beetroot pachadi (A dish made out of beetroot, aka beetroot chutney) and I would insist that my mother made it at least thrice a week. Of course, mom had no objection, what better way to make a kid eat veggies?

The dish mom made was much more darker, almost blood red, like the picture depicted below.

And one day in school, my lunch box containing the delicacy toppled over, and the watery part of the pachadi spilled, creating a blood red stain on the floor.

And of course, I was oblivious of this, and this went unnoticed until our English teacher walked down the aisle dictating words for our spelling test.

She shrieked and almost dropped the book. and we all spun around to be greeted by a blob of ‘blood’.

She panicked and called my class teacher, who concluded that some girl in our class had unceremoniously come of age, and not known about it.

And so, the girls were ushered to another empty classroom to be checked whether anybody hit puberty, but to no avail.

The teachers were baffled, and one of them called the principal.

The principal came, stared at the stain and concluded that that was not blood, and she checked all our lunch boxes.

And everyone found the culprit, hiding evasively in my lunch box.

And I went home with a ton of questions, to which my mom answered evasively, unable to stifle her laughter and giggles. Anyway, the puzzle was solved a couple of years later.

From the next week, our school enforced a rule that lunch bags were not supposed to be brought to the classroom, and were to be kept in the racks newly installed outside the classroom.

And to this very day, whenever my mother makes beetroot pachadi, this by default becomes the topic of discussion over the dining table. I still get laughed at by my mother for this. 🤦‍♀️🤦‍♀️