Pink Is For Girls, Blue Is For Boys. 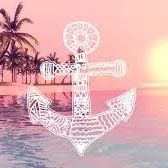 To begin with, colours are a way we humans perceive everything. And its humans who gave colours their own gender. The more subtle the colour, the more ‘girly’ it is. Why so? Because someone aeons ago though it would be right to differentiate between genders this way. To draw a line between being masculine and feminine.

“The guy has to pay after every date.”, why? Because it shows that they’re financially capable enough?

“Strawberries are for girls!” Yes, I know most of you might be wondering what this is about, but I’ve heard this on my school bus once. There was a kid who said his favourite fruit was a strawberry and other kids ganged up on him bringing him down. It’s a fruit! You can’t possibly give gender to a fruit, right?

Girls should not act boisterous and they should be graceful, elegant and well-behaved in whatever they do. Boys are not allowed to cry just because it might show that they are weak. Because masculinity means being strong, powerful and not showing one’s feelings?!

It’s absurd to keep differentiating and drawing lines between all the genders roles, all the time. “Gender Stereotyping", not many people talk about this issue these days, especially in a society like ours. Most of us don’t even know what gender stereotyping is. But we go through it, or we experience it in our daily lives. It is the way society distinguishes each gender to play their own specific roles. Children actually have quite a simple life and they behave the way they want to until someone tells them to behave like a girl/boy. And how do we do that exactly? By following examples, the elders set for us.

My point being, this all starts in our own families and schools. Especially in schools. It’s a worldwide thing when babies are born the first thing the hospital does is wrapping it in a pink or blue towel, labelling the child according to its respective gender.

Men have feelings too, and they can cry, they can show their emotions. Boys can play with dolls or kitchen sets if they like. My sister and I, for instance, used to play with our brother and his hot wheels cars and he used to play with us and our dolls. Why do people make it such a big deal if a child plays with any toy for that matter! A few months ago, I saw an Instagram post of a small boy wearing a wonder woman school bag to school and he was being made fun of in the comments section. Why? Just because he’s probably inspired by a strong woman (superhero) and admires her. Perhaps Wonder Woman could represent his mother in his mind.

We should behave, act, dress, or speak in accordance with the society’s interpretation of these "said" gender roles, right? Wrong, we need to be a bit more open to the things around us. Breaking through all the stereotypes. But most importantly, being aware of something we all do subconsciously.