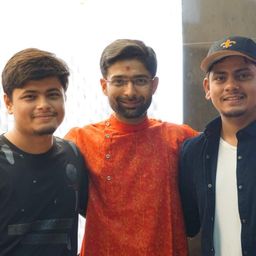 Democracy stands on three pillars which are

Legislature, Executive, Judiciary. If the people's elected representatives or the Executive itself do not pay heed to their demands, then people often seek the Judiciary to intervene. But at times Judiciary also doesn't hear the common man's voice, so we need someone which makes it possible for our voice to reach the deaf ears of the three pillars. So,in a democracy the media which carries the voice of the common man is at its core. The life of democracy lies with this media.

But the twist is that media has to be fair and non prejudiced, also should cross check the facts prior to publishing it in the public. Even when students are taught how to write report the first and foremost thing which is told is that the report should be factual and unbiased and also we don't need to spice it up with our own imagination. But this basic principle is nowhere to be seen in today's media. Today's media has lost its credibility.

Today's media is more of a comedy show. They have fallen to such worse level of reporting that the public has lost all their faith in the media. Now, no media is fair or unbiased. They have become mouthpiece and puppet of some or the other political party. The scene is that media only cares about it's T.R.P and business. They only show a biased and one side of the story which suits their political bosses.

Today's media don't even realise their worth. They need to understand that during the British rule the media played an important role in awakening the nationalism and making Indians aware about the various policies of the British. In post independence history, we also have an example of media's power. During the time when emergency was imposed, the media though under scrutiny check carried articles criticising the imposition of emergency and the political game being played behind the imposition of emergency.

They need to understand what they publish or show on the tv can have very dangerous consequences if the news is not verified or is presented with only one side of the story. This can lead to riots, clashes and can disturb the harmony of the society.

Surely, the fourth pillar of democracy is of prime importance compared to the other three. This is the foundation for a strong democracy. So today's media should realise this and should try to protect reporting from turning into a propaganda of someone and a business.

Effect Of Virtual World On Reality