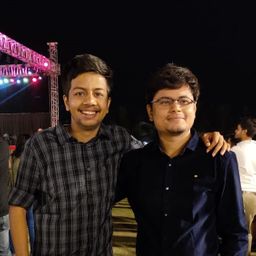 It's 2019, we are living in the digital age.The virtual world is an indispensable part of our life. With mention of digital world, the first thing that strikes the mind is the "Silicon Valley",situated in picturesque state of California . It is the place which gave birth to the digital age.

Soon,started a migration of professionals to the silicon valley owing to its booming and flourishing economy. And how can we forget the role of the migrated Indian professionals which had a quite important role in giving impetus to the digital revolution. Satya Nadella, Sundar Pichai, Shantanu Narayen are just a few to name, they are CEOs of leading tech giants. Surely,these people made a name and a place for themselves and also made our country proud. But, the bitter truth is that they are no longer Indians.If you google their names you will find their citizen status saying American. They no longer are Indians but American citizens of Indian origin. The problem is not that they have accepted US citizenship,the problem is the brain drain which is taking place from India. I agree that India doesn't recognize the innovative and creative minds and also they don't get the recognition as they would get in the US .

It is as if Indian government is paying for us to go and work in the US.We Indians develop the technology and that same technology is then transferred to or sold to India by this MNCs. It's so ironic,that what is our intellectual property is sold to us only by mere putting a tag of an American company. Indian government spends a lot of money on education, compared to the schools in the US, here in India education is a lot cheaper. So,on completing our undergrad we start chasing the great American dream. I agree the opportunities,the standard of living, and the environment in the US is far far better from what you will get in India. But I would like to ask a question here, don't we owe anything to India?

These people always talk and babble about how good life is in the US and how poor condition is India in and all other problems that India has,also keep criticising Indian government. But what actually have they done to solve at least one of them. Surely,they might be contributing to India by donating money now and then but just donating money will not solve the ground issues and is not the solution to every problem.

However,this situation is changing as per the data released by the IITs the number of people taking up jobs abroad is on decline. To stop this completely we need to first adopt the policy of "Rewarding The Deserved" instead of reserved. Make our new generation capable of thinking out of the box and also the government needs to change its approach towards these issues, also our education system needs a few policy changes .For India to become a global power this issues need to be addressed and as Indians we should first prioritise our country before our personal gains.

Loopholes Of The Indian Education System

How Digital Marketing Can Transform Your Business